Zazie (real name Isabelle Truchis de Varennes) was born on April 18, 1964 in Paris, France. She grew up with her father, an architect, and her mother, a music teacher. A good pupil, she got her Baccalauréat at 16. Then she started studying physiotherapy then turned to foreign languages. At the same time, she was a model.
But studying was not what Zazie loved, she wanted music. She played the violin during 10 years and also played the guitar. She started composing songs and went to many records companies, then signed to Polygram and met Pascal Obispo. Her first album Je, Tu, Ils was a success and Zazie received a Victoire de la Musique in 1993 for "Female Revelation". Her career started and her second album Zen was released in 1995. It contained many successes : "Larsen", "Zen", "Un Point C'Est Toi" & "Homme Sweet Homme".
Zazie also participated to Les Enfoirés, Ensemble Contre Le Sida & Sol En Si. She wrote songs for many French-speaking artists : Pascal Obispo of course, but also Johnny Hallyday ("Allumer Le Feu"), David Hallyday, Florent Pagny, Patricia Kaas, Jane Birkin and Isabelle Boulay. Later, she wrote songs for Calogero, Axel Bauer & Julie Zenatti.
In 2001, she released her fourth album La Zizanie and then received a Victoire de la Musique for "Female Artist". In August 2002, her daughter Lola was born. Zazie went on tour and her live album Ze Live was released in 2003. She came back in late 2004 with her fifth studio album Rodéo. Then she was back in 2007 with the album Totem, with beautiful lyrics and musics. 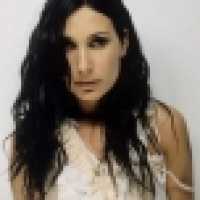