Zafer Peker, had been born in Istanbul in 1967. Later in the path of his older brother Hakan Peker, began her career as a professional music artist with her ​​brother's help and support. Yakalıdı many experienced musicians the opportunity to work with.

"Despising Ghraib" where parts such as "Yes my love like" album was released in 1999. Paker album for a while and focused on victory, in 2001, right after this album, "Victory Peker, 2001" released his solo album on the market. Search for 4 year period in which the music continued to bar programs. After this break, in 2005, "Victory Peker 2005" was named album on the market data that is submitted. Zafer Peker is estimated to rise to the next album, released in 2008. 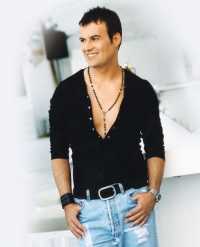