Ferreira was born in the cigar-manufacturing town of Amaceyes Tamboril, near Santiago in the Cibao region of the north-western Dominican Republic. The region is famous for merengue périco ripao, the traditional Dominican music, and his family, all big music lovers, filled his childhood home with the music spurring Zacarías on to dream of becoming a musical artist himself.

The desire to improve himself motivated him to leave for the country’s capital, Santo Domingo, where he joined the Conservatorio Nacional and also sang in a local bachata group.

Ferreira then became a member of the Brugal rum company orchestra, where he remained for five years. His debut album, Me Liberé, was released in 1997 and won the prestigious Dominican music award, the Cassandra. Three years later his second album, El Triste, won the award for him for a second time.

In the winter of 2001, Ferreira travelled to the United States for the first time and played 77 gigs in just six-and-a-half weeks in New York. 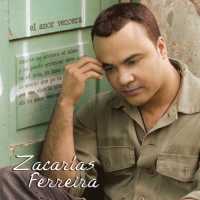