(Yuna Ito) was born on September 20th, 1983, of a Japanese father and a Korean mother in Los Angeles, California. She grew up in the United States, Hawaii, and even spent her High School time there as she attended McKinley High School until 2001. When Ito was little she used to sing to songs of both Mariah Carey and Michael Jackson and had always one dream: Becoming a star! In early 2005 then Ito auditioned for the role of charismatic vocalist Reira from TRAPNEST and eventually was chosen for the role. To make her debut even more exciting Ito’s label SONY BMG JAPAN did everything to keep any information about Ito a secret.

The 22-year-old half Japanese, half Korean American debuted under the synonym of “REIRA starring YUNA ITO” with her song Endless Story, which landed on number 2 of Oricon’s single ranking. As Reira Serizawa from a quite popular manga, NANA, Ito’s idenity was kept a secret until the end.

When NANA the movie finally released in Japan, people were going crazy about the wonderful, “high-pitched”, voice of Ito and the movie song Endless Story ended its first day of sales on number 2 of Japan’s Oricon charts. Ito was on magazine covers, posters and eventually had her first TV appearance on MUSIC STATION, performing Endless Story.

It was only in 2006 that her 2nd single, Faith / Pureyes, was put on the market. With Faith being ending theme to the drama, Unfair, and Pureyes being song for the Bioclen Zero commercial. This single sold about 50,000 copies which was a dissapointment considering “Endless Story” had outsold Mika Nakashima’s “Glamorous Sky” with over 500,000 copies.

The third single for Ito was perhaps the biggest hit after the NANA-era. Precious was announced as theme song for the 2006 movie, “LIMIT OF LOVE ”. The single included two b-sides, I’m Free and Secrets, both co-written by Ito herself. Precious sold over 200,000 copies and was also the 2nd highest downloaded song in the first half of 2006 in Japan.

Sony later announced a 2-month Single Project. She covered These Boots Are Made For Walkin’, for the Daihatsu “COO” commerical, featured on her 4th single stuck on you. She recently sang the Japanese ending theme song for TV show “LOST”. losin’ will be her 5th single.

On August 4th, 2006, Toho announced the role of Reira Serizawa in the sequel to NANA, NANA 2 will still be played by Ito. A 2nd single for REIRA starring YUNA ITO, Truth, has been scheduled for December 13th, 2006, release, with NANA 2 opening on December 9th, 2006.

In January 2007 she released her first album, HEART, which became a major success around Japan, hitting the pole positions on ORICON Daily, Weekly and Monthly Album Charts and sticking to the #1 on the United World Charts.

Ito’s 7th single was announced to be released March 7, 2007, and was entitled “I’m Here”, the movie theme to “UNFAIR”. Along came “Reason Why”, an insert song.

Achieving minor success with this single, Ito is to release a collaboration single with Micro from Def Tech, “Mahaloha”, on June 27, 2007.

Her probably biggest success so far was the duet with her admired Celine Dion, “Anata ga iru kagiri ~A world to believe in”. 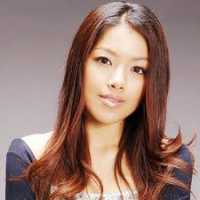