Yuki Isoya (born on February 17, 1972) is a Japanese musician who performs under the name Yuki (stylised as YUKI). She debuted in the music industry in 1991 as the lead vocalist for the rock band Judy and Mary, and as a solo artist in 2002. She has also been a member of bands NiNa (with Kate Pierson of The B-52's, 1999) and Mean Machine (alongside Chara, 2001).

Yuki was born in Hakodate, Hokkaido to her parents Mo and Ryōko. Her father was an elementary school principal. She has two siblings: an older sister, Yukari, and a younger brother, Taminori. After graduating from Hakodate Iai Girl's High School, she worked as a tour guide. After graduating from Hakodate Otani College, she worked as a beautician. She met Yoshihito Onda who visited Hakodate to make a movie The Triple Cross. The meeting triggered formation of Judy and Mary in 1992. After Judy and Mary disbanded, Yuki made her solo debut in 2002. She married Magokoro Brothers frontman Yoichi Kuramochi in September 2000, and gave birth to her first child, a boy, on April 18, 2003. However, the child died from unknown causes (SIDS) on March 17, 2005. She gave birth to a second child on August 29, 2006 and her third child in June 2009.Yuki sang the theme songs for many films such as Naruto the Movie: Ninja Clash In the Land of Snow. 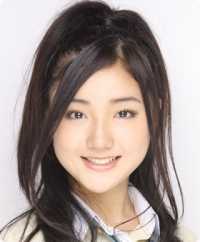