Yui began writing poems in ninth grade. At the age of sixteen, by recommendation of her mother, she began studying song, songwriting, and guitar at a private music school in her native Fukuoka. Aspiring to become a professional, she carried her guitar around and sang at local places such as the seashore of Shingu, and in the middle of the rice fields of Kaminofu.

In March 2004, she sang three songs at an audition hosted by Sony Music Japan, as opposed to the audition rule that a participant could only sing two songs. All judges evaluated her with the highest score, which caused a fierce scramble among labels. She first sang "Why Me", which was later coupled with her debut single, followed by "It's Happy Line" and "I Know", the latter of which was included on her indie single. Sitting cross-legged on the floor, she strummed her guitar and sang. The judges and the others present claimed that "the performance created a tremendous aura from her heavenly voice, and captured the hearts of the whole audience".

Upon leaving her home of Fukuoka for Tokyo, Yui wrote the song "Feel My Soul". She was planning its release on an indie label as a tribute to her hometown, when the song caught the ears of Fuji TV producer Mr. Yamaguchi, who happened to see the demo video clip. He claimed Yui's voice haunted him so much that he went out of his way to visit the recording studio himself. He even made his channel's prime time drama an extraordinary tie-in with Yui's debut track. Yui's single Rolling Star was also chosen by the anime series Bleach to be its 5th season theme song.

Although she is uncomfortable talking to people, she enjoys communicating with her audience at street performances in the Tenjin district of Fukuoka.

Yui starred in a movie released on June 17, 2006, titled Midnight Sun, which was screened at the 2006 Cannes Film Festival. 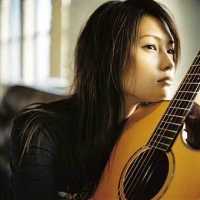