Yung Joc, aka Jasiel Robinson, was "a mischievous child," as he puts it. "I had a smart mouth," he laughs. His fair share of trouble ranged from fighting in school to getting kicked out of one and having to graduate from another. He's also been arrested, a hic-up that resulted in a stint of jail time. On the flipside, however, Joc is extremely passionate and determined to make a better life for himself, his family, and his comrades. "I'm not scared of anything so I never back down." His commitment to hip-hop culture is also unwaivered. Joc was ten years old when artists such as Run DMC, Dana Dane, Ice-T, Slick Rick, and LL Cool J sparked his interests in rap music. "Once I got a little older, my hip-hop inspirations came from Outkast, Goodie Mob, Tupac, and the Notorious B.I.G. By then," he explains, "I realized that I could do some of the same things these cats were doing and use my situations to catapult me into other opportunities." 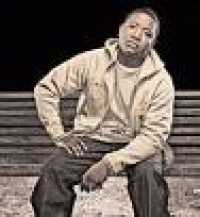