How'd You Get in The Game?:

Rap Music, Music was always a part of my life from the beginning. I got in the game from just being heard back in the day. I ran into Cash Money and it didn't happen from there. That was the first established group of people that I met who were ready and were making money in the game. That was 4 years ago. Music has always been a part of me but It just got serious in the past 5 or 6 years.

How'd You Hook Up With G-Unit?:

After my situation with cash money didn't work, I went back to Nashville, TN. I did whatever it takes to make money. I built a relationship with Juvenile. I was at home, and he decided to create a label. So I decided to go out with him on the road, and record, shop myself and with him. We went to NY two and a half years ago .. Juvi had a studio in his bus, and was looking to work with other artists. 50's name was brought up and I was a fan, so I really wanted to make it happen. So 50 ended up coming through, and brought Banks & yayo. We just vibed, we played songs, and he was playing his shit, I was playing mine. It led to us recording a song. It was on "50 Cent's The Future" Mixtape. I had a little 8 bar verse titled a "little bit". From then, I just stayed in touch. 50 said that if my situation happens, I'll come for you, I'll holla. And he did.

What's Your Favorite Song off 'Beg for Mercy'?/Why?:

'G'd Up'. I like the song. For 1, the track is crazy. It was produced by Dr. Dre. It has me, Lloyd Banks and 50 Cent on the song. It's what the average ghetto child goes through everyday, and we touching on that subject in the song.

What's Your Favorite Song of all time?/Why?:

Tupac's 'All Eyes On Me'. I really like that song for the simple fact that I feel it now. I understand a little more about what he was saying in that song, and what I'm seeing now.

Who were your influences growing up?:

I caught the Tupac/Biggy era. Tupac, Dre, Eminem. I'm young so I pay my respect to the old school, but I can't sit here and tell you that I was listening to those records and understood what it was saying.

What Made You Want to be a Rapper?:

I've been illegal for so long you understand? Just to do something that I'd love to do, and its legal. It drew my attraction because I've got a true love for the music before the money. So if I can do something I love and make money I'm with it. My inspiration is my Daughter. To provide for her. That's my Extra Push. I don't' ever want to go back to Having Nothing. That makes me go 10 times harder then the average rapper.

What Artist and/or Producer Would You Like to Work with?:

How do you feel about the Southern Rap Movement being so strong right now?:

I respect all Southern Artists. The South .. We got a lot of weight on our shoulders. Anyone coming from the south I got a ear for. I love Little John, DTP, Luda's whole thing, TI, UGK, Style Camp, Serving the world click they gone be real hot.

What other Album, aside from 'Beg For Mercy', are you anticipating this year?:

We so focused. All I'm worried about is this 'Beg for Mercy' Album. I can't stop listening.

What's your Most Memorable Moment Since Everything Jumped Off In The Past Year?:

What do you do in your free time when you have it?:

What's the Difference between performing Here in the US and Abroad?:

I think that here they know the music. They get a chance to see you here. Overseas you don't get to see us period, so the thought of us not coming back draws everybody, and it makes more people come together, it's a lot more energy.

Anything Else You Want to Say?:

The Dirty South Is here. Nashville, TN, that's where I'm from! It was a long time coming, but we here now, and it's all good. 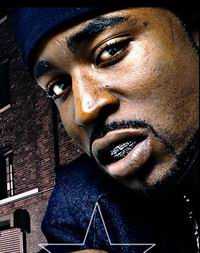