Today Yo Gotti is one of hottest rappers on the planet, he is always pushing himself to release new work and keep true to what he believes. It is for this reason alone he has a new album, CMT, coming out on April the 7th. But how did this rapper get so much rep, become so popular, what’s his story, where did he come from, where’s he headed? To answer all these and many more questions you need to take a look back at Yo Gotti’s life so far. So this article has been put together to teach you all there is to know about Yo Gotti, from his music to his influences, from his origins to his beliefs.

Yo Gotti was born on May 19th 1982 as Mario Mims, in Memphis Tennessee. Growing up in the northern part of Memphis, more specifically the Ridge Crest housing projects area, was not always an easy life style, after all this area is well known for it’s crime and more so the gangster ridden neighbour hoods. Even know it may not have the most pleasant upbringing, it had a huge affect on Gotti’s lyrics later in life, with many of his songs based solely on Memphis’ more dangerous neighbourhoods and what the gangster lifestyle is all about.

Growing up in the 90’s gave Yo Gotti a great chance to mess around with lyrics, beats and styles, in depth. Many of the artists Gotti listened to throughout the 90’s, like Master P and his No Limit posse and N.W.A. have greatly influenced Yo Gotti’s style. Yet the most popular and probably the most influential styles would have to be shared amongst two of the rap worlds greatest, Dr. Dre and Tupac Shakur.

While Gotti has many great influences, one of his own styles or signatures would have to be his sexually explicit lyrics. These lyrics were not widely popular until a rapper from Oakland came to the scene and started spraying them. Too Short who wasn’t widely known as a gangster rapper did an awful lot to get these X-rated lyrics into the mainstream rap world, so you could say some of Too Short’s style also managed to rub off on Gotti and became yet another influence.

In the late 90’s Gotti came out of the popular hip-hop school, Dirty South and was quickly becoming widely known as one of the best hardcore rappers in Memphis. Choosing his stage name, Yo Gotti, was a key factor for him, in Gotti’s case not only does it have a personal meaning, but it’s now what he’s become widely known as around the world. The stage name Yo Gotti partly comes from John Gotti, a well known New York Mafioso.

So coming out of Dirty South wielding Yo Gotti as his stage name and preferred style of rap being the widely known Dirty South heavy gangster thug rap, he was clearly set for the big time. By early 2000 Gotti had already built himself quite the portfolio, this is when he decided to sign up with Inevitable label and release his first album, From da Dope Game 2 da Rap Game. With the release of this album he became even more popular and soon word spread far enough that there was enough demand to release another 2 albums the following two years, with the same Inevitable label. 2001 saw Self Explanatory hit shelves and in 2002 we were graced with Block Burnin’, Vol. 1.

Not long after these releases Gotti’s popularity was getting noticed by bigger labels and this lead to him signing with TVT and putting out another awesome album in 2003, Life, ironically it is very much about the gangster lifestyle and what he’s personally been through in his own life, from seeing stuff go down in Dirty South, to his current successful career. After the release of Life he finally took some time for himself and then decided to go on tour. Three years went by before he released another album and then finally in May of 2006, his next album, Back 2 da Basics, hit the streets and once again Yo Gotti was back, bigger than ever and he went on to release another 2 albums that same year, Full Time Hustlin’ and I Told You So.

2007 saw Gotti do some more touring before getting back to business in 2008 to release another 3 albums. The first was Cocaine Muzik which was released in February, then came Feed The Streets: Special Delivery in April and the final 2008 album released was B.O.A.T Story (Based On A True) which hit the shelves that December.

Since then Yo Gotti has been working on his newest album, CMT, which is due to hit shelves April 7th 2009. With a hugely successful career at only 26 years of age, what is in store for Yo Gotti is anyone’s guess. Hopefully after reading this you have learned something about one of the hottest rappers on the rap scene, Yo Gotti. 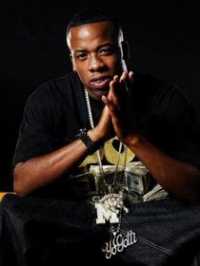