There are three artists with the name Yasmin.

Shahmir was born in Manchester, United Kingdom to an Persian father and English mother. At a young age she moved from Manchester and was raised in Kilmacolm, near Glasgow in Scotland.
Yasmin began her musical career when she was nineteen years and left university, moving to London, where she focused on DJing. During her time in London, Shahmir was spotted and asked to DJ for many big artists, including NER*D and Taio Cruz.

Throughout September and October 2010, Yasmin supported Example on his headline tour of the United Kingdom, alongside Devlin and singer-songwriter Ed Sheeran. Yasmin was then featured on Devlin’s second official single, “Runaway”, for which Yasmin wrote the chorus. The single was released in the United Kingdom on 24 October 2010, where it debuted at number 15 on the UK Singles Chart, peaking at number 18 in Scotland and number 48 in Europe.

Following the success of the single, Yasmin was signed to Levels Entertainment. She released her debut single “On My Own” through Ministry of Sound in the United Kingdom on 30 January 2011; where it debuted at number 39 on the UK Singles Chart. Her second solo release, the Labrinth produced “Finish Line”, is due for release on 8 May 2011.

Yasmin is a 19-year old Dutch rocksinger born in 1991 in Maassluis, the Netherlands. In 2009 she signs a record deal with 8-Ball Music. Yasmin composes and writes most of her songs herself.
In April 2011 she released her debut album called “Friend or Foe” 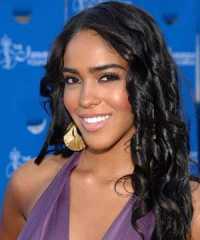