On July 7, 2007, Xuxa presented at the Brazilian leg of Live Earth in Rio de Janeiro.

Xuxa was born Maria da Graça Meneghel and "Xuxa" was originally a nickname given by her brother, which she would legally add to her name in 1988. Her family moved to Rio de Janeiro when she was 7. Xuxa was discovered by the publishing company Bloch Editores and she appeared on the cover of one of their magazines, Carinho, at the age of 16, starting a successful modeling career.

At 17, she began to date the Brazilian football legend Pelé, who was seen as being influential in launching her career. They had a personal relationship from 1981 to 1986. She dated Formula One icon Ayrton Senna from 1988 until 1992.

In 1982 she posed for the Brazilian version of Playboy Magazine as well as "Ela" Magazine, in pictorials. This Playboy quickly sold out and became one of the most highly valued editions of the magazine's international circulation (which at that time was at its zenith in circulation.

Years later, Xuxa, through her various managers, and through the personal intervention of Pelé, would attempt to buy up the transparencies, prints, scans and rights for all published and non-published photos from the Playboy shoots; but by this time they had been widely distributed and subsequently became increasingly popular on the Internet.

It took seven years before she made her next film, 1999's Xuxa Requebra. Her following movie, Xuxa Popstar, is one of the worst 10 comedies in history at the Internet Movie Database, with a rating of 1.4 stars out of 10.

In December 2009, Xuxa launched the movie Xuxa em O Mistério de Feiurinha (The Mystery of Feiurinha) in Brazil with her daughter Sasha. In 2010, the film was released in the United States and Angola.

Xuxinha e Guto: Contra os Monstros do Espaço, Xuxa em O Mistério de Feiurinha, Xuxa em Sonho de Menina and Xuxa Popstar are among the 10 worst Family Films in history on the Internet Movie Database, earning Xuxa the dubious honour of being the only actress with multiple films in that list, all of them with less than 1.4 stars out of 10, dominating the category.

In her 2006 movie, Xuxa Gêmeas, she played twins, one evil and one good. The movie featured the singer Ivete Sangalo and was a "comeback" of Xuxa in the cinema. The movie had more than 1 million viewers and also received very poor ratings by international audiences with 1.7 stars out of 10 at the Internet Movie Database. 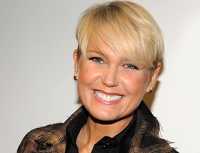