Kim Junsu, also known by his stage name Xiah (pronounced "shee-ah"), is a South Korean singer-songwriter, composer and occasional actor. Best known as a member of South Korean boy band TVXQ and JYJ, he has branched out to act in musicals.

He was the first member to join TVXQ. Xiah auditioned for S&M Entertainment with friend from grade school, Eunhyuk, who became part of 13 member group, Super Junior. Xiah joined SM Entertainment at the age of eleven. His first contract with the company began February 12, 2000.

In 2002 he appeared on a television show called "2002 Survival Audition" with Eunhyuk, which was judged by two members from H.O.T., Moon Hee Jun and Kangta. Kangta praised him highly, saying that he had potential as a lead vocalist. Xiah debuted as part of TVXQ, during a BoA and Britney Spears showcase on 26 December 2003.

He chose Xiah to be his stage name, explaining that the name was short for "Asia" (taking out the "a" in "Asia"). "Xiah" would be an implication of his desire to become not only a star in Korea, but also a star recognized all throughout the Asia.

Xiah has appeared on two televised shows with TVXQ, Banjun Theater and Vacation. He also made a guest appearance in Family Outing In 2011 he made a cameo appearance in the drama Scent of a Woman.

He also participated in Samsung's Anycall project, Anyband. The group consisted of label-mate BoA, Tablo of Epik High, and jazz pianist Jin Bora. The group has only released one single, "AnyBand". In 2006, he collaborated with label-mate Zhang Liyin, for her debut single "Timeless". Xiah wrote and composed "Nae Gyeote Sumsuil Su Ittdamyeon (White Lie)", which was included on TVXQ's third studio album, "O"-Jung.Ban.Hap.. For the Trick project, he composed his solo "Rainy Night". Xiah also wrote "Noeur.. Baraboda (Picture of You), which was featured in the group's fourth Korean album, Mirotic.

For the Tohoshinki 4th Live Tour 2009: The Secret Code in Tokyo Dome, Xiah performed his self-composed song Xiahtic in Japanese. In January 2010, Xiah started his stage musical career as the lead actor in the South Korean run of Mozart!.

After it was revealed that TVXQ would go on an indefinite hiatus in Japan, it was announced that Xiah would make a solo debut. He will release a double A-side single on May 26, 2010.

A song that Xiah recorded titled "Kanashimi no Yukue" will be used as the theme song for the Japanese drama 5nen Atono Love Letter. In May 2010, there was also a teaser released, showing Xiah's self-composed song called "Intoxication". (Refer Xiah (EP)). Following the released of his solo single, BeeTV's <Beautiful Love used the other song "Beautiful Love" as the theme song.

In October 2010, on a span of 4 days, Xiah was set to collaborate with Sylvester Levay on a musical concert called 'Kim Junsu Musical Concert, Levay with Friends'. It was held at the Olympic Gymnastics Arena in Seoul. The tickets to the first day of this concert was sold out in 20 minutes.

In February 2011, Xiah starred in musical Tears of Heaven, in which he played Jun, a Korean soldier during the Vietnam war who fell in love with a Vietnamese singer. In November he won the Popular Star Award at the 17th Korea Musical Awards with co-star Yoon Gong Joo. 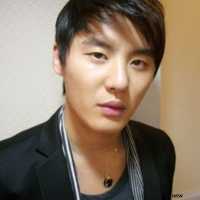