Xenosaga is a series of science fiction video games developed by Monolith Soft and published by Namco Bandai. Xenosaga's main story is in the form of a trilogy of PlayStation 2 video games. There have been three spin-off games and an anime adaptation.

The Xenosaga series serves as a spiritual successor to the game Xenogears, which was released in 1998 for the PlayStation by Square. The creator of both Xenogears and Xenosaga is Tetsuya Takahashi, who left Square in 1998 along with Hirohide Sugiura. Using funds from Namco, they started MonolithSoft and the Xenosaga project.

Released on July 6, 2006, Episode III: Also sprach Zarathustra is the final title in the Xenosaga series, effectively cutting the initial projection of the series in half. A retelling of the first two episodes titled Xenosaga I & II was released on the Nintendo DS in March 2006 in Japan.

All three episodes of the main Xenosaga trilogy are named after the books of Friedrich Nietzsche. The first episode is named after The Will to Power, a book published posthumously by his sister Elisabeth Förster-Nietzsche. Several Nietzschean concepts and references appear throughout the series. The music of the series has sparked a number of albums, including soundtrack albums for each of the three main games. 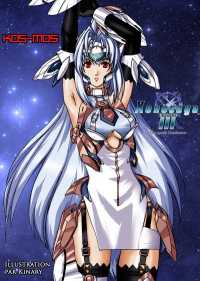