The Bitter Suite is the twelfth episode of the third season of the TV series Xena: Warrior Princess. This episode is noted for being a rare musical episode of the series, combining both humor and drama. "The Bitter Suite" was nominated for two Emmy Awards. Regular series composer Joseph LoDuca was nominated for Outstanding Music and Lyrics for the song "The Love of Your Love" and LoDuca and lyricist Dennis Spiegel were nominated in the same category for the song "Hearts Are Hurting".

It was LoDuca's second and third nominations for the series out of a total of seven nominations, and one award, through the six-year run of the series. 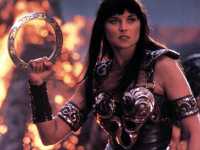