Xander De Buisonje is a Dutch singer who sings in Dutch and English.

During the farewell concert in the Amsterdam ArenA for the deceased singer Andre Hazes in September 2004, the Buisonjé sang the hit Hazes She believes in me. After that time it was relatively quiet around the Buisonjé. In the fall of 2005 he gave a concert at the Heineken Music Hall. He also wrote the dance song "Move" for the 2005 edition of Children for Children.

In November 2007 joined the Buisonjé with a song specially written for UNICEF, the UN children's organization. The program Million Dollar Wedding, presented by Van Dijk, sang the title song The Buisonjé Photos. In 2008, the Buisonjé participate in the 71 ° North, which he subsequently won. 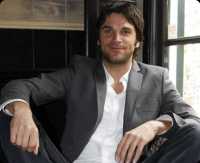