X-Perience is a eurodance band from Berlin, Germany. Their music style varies between synthpop, trance and ethnopop. The band members are Manja Wagner (vocals since 2009), Matthias Uhle (composition, keyboards) and Alexander Kaiser (lyrics, keyboards). Singer Claudia Uhle, Matthias' sister, left the band in 2007 and was replaced by Manja.

X-Perience was founded in 1995. Their first single CD was called Circles Of Love, released on their own label. Axel Henninger, who had worked with Camouflage before, produced the track. Circles Of Love became a regional hit in Berlin, mainly through the radio station Fritz. This caught the attention of the major record label WEA, who offered the band a contract. WEA re-released Circles Of Love in 1996 on a larger scale, and this single managed to enter the German Top 100.

They released a second single, A Neverending Dream. Along with the song, a video was shot, which went into heavy rotation on MTV and VIVA. A Neverending Dream became a huge hit in the end of 1996, peaked at #4 in the German charts and reached Gold status (sold over 250.000 copies). The song has been covered several times since, most recently by the well known Dance act Cascada. Their debut album Magic Fields was released in 1997. It peaked at chart position #22 in Germany. In Finland, X-Perience became especially popular, with the album reaching Platinum.

The title track Magic Fields was released as a third single, along with a video that was shot in South Africa. Although the song did not reach the heights of A Neverending Dream, it also was a hit on TV, radio and in the charts. The second album, Take me Home, was released in the fall of 1997. Like the debut album, it reached #22 in the German charts. Its most successful single became the dance track I Don't Care. In 1998, X-Perience won the radio award "R.SH Gold".

After a break of three years, X-Perience came back in 2000. Journey of Life, released by Polydor/Universal, featured a song called The Meaning Of Life, a duet with Neue Deutsche Welle and Gothic icon Joachim Witt. The single Island Of Dreams was used as a title track for the adventure show Expedition Robinson (Survivor).

In 2006, X-Perience got a new contract, this time with Major Records in Hamburg. They released their comeback single "Return to Paradise" and the fourth album Lost in Paradise, including new versions of the first three X-Perience hits, mixed by José Alvarez-Brill. The album also included a duet with Midge Ure (Ultravox, Visage) called Personal Heaven, which was released as another single.

With the 2007 single release I Feel Like You Claudia decided to leave the band.

The new voice of X-Perience was revealed on June 3, 2009 on their official website: Manja Wagner is the new singer and the band already present a first new song: Strong (Since You're Gone).

This song plus two other new songs were published on the official X-Perience Facebook profile in October and November 2010. A new album is planned for spring 2011. 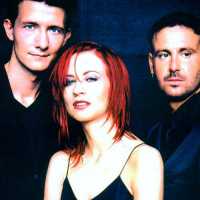