Mia Young (born January 9, 1970), better known by her stage name Mia X, was the first female emcee to sign with No Limit Records. In 1992, she released a single titled “Ask Them Niggas.”

From 1995 to 1998, Mia X released three albums for No Limit: Good Girl Gone Bad, Unlady Like, and Mama Drama. The second was certified gold by the RIAA for sales exceeding 500,000 copies.

Although born in New Orleans, Mia began her rhyming career in Queens, New York, as part of New York Incorporated, which disbanded after only four years. She then returned to New Orleans and met with Master P, an aspiring emcee and producer who signed her to his record label, No Limit.

Mia X reappeared on the hip hop scene in late 1996 with a track called "Verbal Assault" that was produced by Donald XL Robertson on the Southern Smoke mixtape series. The song included a refrain with the words "Guess Who's Back?" which lead to some speculation that she might be working on a new album.

Mia X is currently at work as the executive producer on the release of her son Sean's (aka Fly Guy Sean) debut album The future is in my hands... Also she is working very closely with her nephew Skrill-Dilly and his release on Mike Dean's List production label set to be released in 2009 via an unsaid major distribution deal.

In 2008, she appeared on C-Murder's album Screamin' 4 Vengeance, on tracks titled "Mihita" and "Posted on tha Block (Remix)."

Mia recently released an interview about her hiatus and comeback, revealing that she is working on a mixtape and a new album called Betty Rocka Locksmith due out in 2011. She has shot a video for a song from her upcoming mixtape called I Get The Paper and is releasing a song called "Hush" on December 8 through her own label Musiclife Recordings/XL Productionz (digitally on iTunes, Amazon MP3, etc.). Through Twitter Mia has stated she does not want to rap again and has been retired for 12 years, which means that the mixtape and album she worked on after her 'retirement' will not be released. 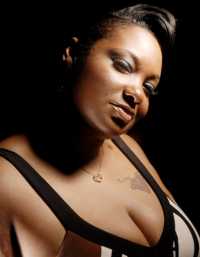