The X-Files is an American science fiction television series and a part of The X-Files franchise, created by screenwriter Chris Carter.

The X-Files follows the careers and personal lives of FBI Special Agents Fox Mulder (David Duchovny) and Dana Scully (Gillian Anderson). Mulder is a talented profiler, and a firm believer in the supernatural. He is also adamant about the existence of intelligent extraterrestrial life and their continual presence on Earth. This set of beliefs that has earned him the nickname "Spooky" and an assignment to a little-known department that deals with unsolved cases, known as the X-Files. His belief in the paranormal springs from long experience, which began with the abduction of his sister, Samantha Mulder, by extraterrestrials when Mulder was 12.

His sister's abduction is a driving force in Mulder's career throughout most of the series. Because of this, as well as the more nebulous desires for vindication and the revelation of truths kept hidden by human authorities, Mulder struggles to maintain objectivity in his investigations. Agent Scully is a foil for Mulder in this regard. As a medical doctor and natural skeptic, Scully is frequently able to approach the X-Files with complete detachment even when Mulder, despite his considerable training, is not. She is initially assigned to the X-Files to debunk Mulder's theories by supplying logical, scientific explanations for the apparently unexplainable phenomena the cases involve.

Although she is frequently able to offer scientific alternatives to Mulder's deductions, she is rarely able to refute them completely and, over the course of the series, becomes increasingly dissatisfied with her own ability to contextualize the X-Files in a scientific way.

The main story arc involves the agents' efforts to uncover a government conspiracy to hide the existence of intelligent extraterrestrials and the sinister collaboration of governments with those extraterrestrials. Mysterious men comprising a shadow element within the U.S. government, known as "The Syndicate", are the major villains in the series; late in the series it is revealed that The Syndicate acts as the only liaison between mankind and a group of extraterrestrials that intends to put an end to human life. They are usually represented by the Cigarette Smoking Man (William B. Davis), a ruthless killer and a masterful politician and negotiator, and the series' principal antagonist.

The series also deals with the relationship between Mulder and Scully, a platonic relationship for most of the series that later develops into a romantic one.

Mulder and Scully are joined by John Doggett (Robert Patrick) and Monica Reyes (Annabeth Gish) late in the series, after Mulder is abducted. Doggett replaces him as Scully's partner and aids her in her search for Mulder, and later involves Reyes, of whom Doggett had professional knowledge.

The series ends when Mulder is secretly subjected to a military tribunal for breaking into a top-secret military facility and viewing plans for alien invasion and colonization of Earth. He is found guilty, but he escapes punishment with the help of the other agents, and he and Scully become fugitives.

Composer Mark Snow got involved with The X-Files through his friendship with executive producer R.W. Goodwin. Initially when the production staff was talking about who was going to take the composing duties, Chris Carter didn't know whom to ask. About "10–15" people were looked at, but Goodwin continued to press for Snow getting the chief composer duties. Snow auditioned around three times, but he didn't get any signs from the production staff as to whether they wanted him. Then one day, Snow's agent called him, talking about the "pilot episode", and hinting that he had got the part.

The theme music, "The X-Files", used more instrumental music score than most hour-long dramas. According to the "Behind the Truth" segment on the Season 1 DVD, Snow created the echo effect on his famous theme music by accident. He said that he had gone through several revisions, but Carter felt that something was not quite right. Carter walked out of the room and Snow put his hand and forearm on his keyboard in frustration. Snow said, "this sound was in the keyboard. And that was it." The second episode, "Deep Throat", marked Snow's debut as solo composer for an entire episode of The X-Files. The production crew members were very careful about using too much music in the early episodes of the series.

Snow also composed the soundtrack score for The X-Files: I Want to Believe and released the soundtrack album The X-Files: I Want to Believe: Original Motion Picture Score. He recorded the score with the Hollywood Studio Symphony in May 2008 at the Newman Scoring Stage at 20th Century Fox in Century City, California. British performers in UNKLE recorded a new version of the theme music for the end credits to the movie.

Some of the unusual sounds were created by a variation of silly putty and dimes tucked between and over the strings of the piano. Mark Snow also commented that the fast percussion featured in some tracks was inspired by the track "Prospectors Quartet" from the There Will Be Blood soundtrack. 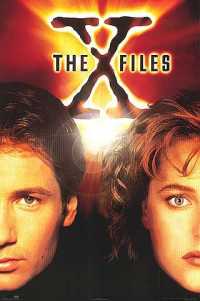