It's been over two years since we last prepared one of these artist bios -- back then Wilco had just completed their sprawling two-disc set Being There, which, it now appears, was a qualified success. Critical acclaim and decent sales. Artistic and commercial progress. A record that left the band with myriad possibilities, which is a victory in itself.
After Being There, Wilco maintained a typically relentless touring schedule and still found time to collaborate with Billy Bragg on a batch of previously unheard Woody Guthrie songs (Mermaid Avenue, Elektra Records, 1998); all the while, individually working on assorted side projects, playing more gigs, and continuing the struggle to maintain something resembling a life.

But a lot more happened in those intervening years. Bands evolve. Or get bored. Or get excited about something new. Sometimes people look at where they are and decide it's no longer where they want to be, which brings the impulse to pull everything down, to deconstruct life, love, and self.

And what of it? Well, there are these songs. From "She's a Jar" to "How to Fight Loneliness" and "Via Chicago," there's a thread running through this record that's obviously there but difficult to explain. Summer Teeth has a plot, but it's one that varies depending on how you listen. Your day, your ears, your emotional state, the sequence of songs and events -- they all have an impact on what (if anything) you take from it. Yet a few things are undeniable.

Summer Teeth is Wilco's most poetic, musically rich and thematically consistent record to date. Lyrically, it avoids the detachment of irony; instead it sets its heart on the table to be embraced or destroyed. And it explores occasionally dark subject matter in a musical environment not normally associated with such things. The band took a new approach to making Summer Teeth, recording it over a period of a year-and-a-half in various studios on the road and in more concentrated and focused sessions after touring. Most of it was recorded at Pedernales Studios in Austin and King Size Sound Laboratories in Chicago. Once again (as per Being There), Wilco used no outside producers on Summer Teeth. As the album credit reads, Summer Teeth was written, produced and performed by Wilco.

Finished and then not finished. Built up and stripped back, only to be built again. Simultaneously embracing and eschewing the technology that made it all possible. The result is a record that attempts to document the damage done and lessons learned from maintaining an intense commitment to the work, the art (if you can indeed call it that), the process, the music -- all of which demands enormous amounts of time and attention. Everyone around it pays a price for that and all (in one scene or another) find themselves wondering if it's worth it.

We'll leave you with an analogy: that of Summer Teeth as a hall of mirrors, a place where you really can't tell what's real and what's a reflection or, worse yet, a reflection of a reflection. The mirrors distort, but how much? And perhaps from the distortion (or the dream images or a lyric) comes some truth. Shit, we could go on with this twisting analysis forever and still wind up right back where we began. Which is, in a way, the very point. So, just listen to the record. Hopefully, it will answer some of your questions. The rest? Well, for that, you're on your own. 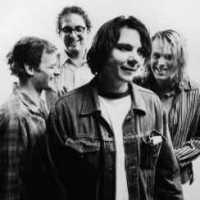