In the annals of rock 'n' roll history, only a handful of bands are recognized as among the greatest of all time. Everyone knows the short list, and invariably, The Who is on it.

Since joining together in 1963, The Who have consistently created engaging and challenging music, much of it defying easy categorization. That the band is together today, thirty years after the release of their landmark 1970 concert album, "Live At Leeds", exciting new and old fans alike, is a testament to their power and endurance.

Today, The Who remain as vital as ever, performing together at a series of charity concerts in the U.S. in the fall of 1999, and about to embark on a North American tour in 2000.

For long-time Who fans, the music of the band seems to improve over time. For new generations of fans, the Who comprise a priceless discovery.

In 1965, Pete Townshend wrote, and Roger Daltrey sang, of "My Generation." Little did they know then, that every generation to follow would become theirs as well. 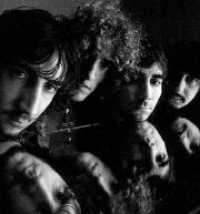