His myspace, currently receiving over 3.1 Million views and over 5.2 Million song plays, an average of 6 – 10 thousand plays per day proves evidence of a growing fan base, day by day.

DJ Wezley Coshare’s versatility as an artist distinguishes him from others as he not only MC’s but is also a Producer and Professional DJ.

Wezley has released five mixtapes (pre-albums), The first being an 18 track compilation cd (Words Of Love) was released in late 2007, The second, a 15 track album 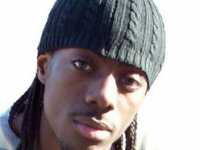