Wayne Marshall was born in the UK and, after musical studies there and in Vienna, swiftly established an international reputation as organist and pianist. He is now also in great demand as conductor and became Principal Guest Conductor of Orchestra Sinfonica di Milano Giuseppe Verdi in September 2007. He has been Organist-in Residence of Manchester’s Bridgewater Hall since its opening in 1996. Other activities include improvisation, jazz, radio and television presenting and composition, and his setting of the Magnificat and Nunc Dimittis is published in the ‘Faber New Choral Works’ series.

He collaborates regularly with Kim Criswell, the eminent singing actress, in both recital and orchestral projects. The duo has appeared widely in Europe, and orchestral projects with her over the last few seasons have included Vienna Radio Symphony Orchestra, Residentie Orchestra, and concert versions of Wonderful Town with Accademia Nazionale di Santa Cecilia, Orchestre Philharmonique de Monte Carlo and at the Bregenz Festival.

He has appeared at the BBC Proms on a number of occasions. These have included his Proms conducting debut with Porgy and Bess in the Gershwin centenary year; as a soloist for the 1997 Last Night of the Proms; Prom in the Park; the UK premiere of MacMillan’s Organ Concerto in 2005; the First Night in 2008 and conducting the Belfast Prom in the Park in 2009.

He has recorded extensively for EMI Classics, Virgin Classics, Philips Classics, Chandos, Delos and Blue Note. Notable releases as conductor/pianist include two highly-praised Gershwin discs with Aalborg Symphony and his recordings of piano with orchestra include Gershwin’s Rhapsody in Blue and Second Rhapsody; Hollywood Bowl Orchestra/Mauceri; Grainger with CBSO/Rattle; Saint-Saëns’ Third (Organ) Symphony with Oslo Philharmonic/Jansons; Bernstein with CBSO/Paavo Järvi; BBC Big Band. Solo piano releases include I Got Rhythm and Gershwin Song Book, and organ releases include solo recital CDs, among them his own vivid organ transcriptions Get Organised and a trumpet/organ duo recording with Ole Edvard Antonsen.

He appeared as pianist and conductor in the 1998 Victoires de la Musique awards with the Orchestre de Paris and in the same year received the BBC Music Magazine’s ‘Artist of the Year’ award and an ECHO (Deutscher Schallplattenpreis 1998) award for his ‘Gershwin Songbook’ CD. In 2004 he was awarded an Honorary Doctorate by Bournemouth University in recognition of his many superb collaborations with the Bournemouth Symphony Orchestra. In May 2010 Wayne Marshall became a Fellow of the Royal College. The prestigious honour was awarded by HRH Prince of Wales in recognition of Marshall’s achievements. 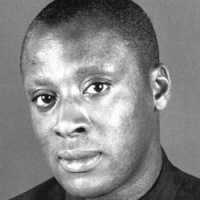