The younger brother of gospel vocalist and choir director Edwin Hawkins, Bishop Walter Hawkins is one of gospel's most successful performers. The leader of the Love Center Choir, Hawkins has led the group to two Dove Awards, presented by the Gospel Music Association, and two Grammy nominations. The group's debut album, Going up Yonder, released in 1975, spent several months on the Top 40 gospel chart compiled by Billboard. Their second album, Love Alive II, sold nearly three hundred thousand copies. This was surpassed by their third album, Love III, which topped the million sales mark. They continued this success with Love Alive IV, released in 1989, which remained in the top position on the gospel charts for 39 weeks.

Hawkins gave very little thought to a career in music until 1968. In an attempt to raise money to send the Ephesian Church of God in Christ's youth choir, directed by Edwin Hawkins, to a convention in Washington, D.C., Hawkins helped the group record an album, Let Us Go into the House of the Lord. Although initial plans called for the album to be sold locally, it became an international success when a single, "Oh, Happy Day," sold more than a million copies. The group subsequently toured as the Edwin Hawkins Singers.

In the early '70s, Hawkins left the group to pursue a career on his own. After earning a master's of divinity degree from the University of California in Berkeley, he founded the Love Center Church in Oakland. Two years later, he returned to the Ephesian Church of God in Christ to record an album, Going up Yonder, with the Love Center Choir.

In addition to continuing to work with the Love Center Choir, Hawkins has periodically collaborated with his brother and other family members. While he joined his brother to record an album with the Oakland Symphony, he wrote and produced an album, Baby Sis, for his youngest sister, Lynette, in 1985. The same year, he wrote and produced one tune, "Everybody Ought to Know," on his brother's debut solo studio album The Search Is Over. In 1988, he joined with the Hawkins Family to record an album, Special Gift. Three years later, he co-produced and served as musical director and arranger for a Grammy award-winning album, Tramaine Live, featuring his ex-wife, Tramaine Hawkins.

Hawkins has worked with other artists, as well. Together with the Love Center Choir, he performed on albums by Van Morrison and Lee Oskar. On his own, he worked with Diahann Carroll, Sylvester, and Jeffrey Osborne. In 1985, Hawkins wrote and produced three songs for the Williams Brothers' album Hand in Hand. 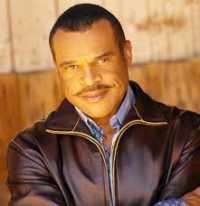