"I like to think of this record as a play with a cast of intriguing characters," says Rufus Wainwright of his new album, Poses. "My voice is the star of the play."

He describes one of these characters, with typical frankness, as "a young, attractive bachelor who goes to the city and leaves as a complete drug addict." The track "Poses" is, in fact, a meditation on "the fall of a young man."

"After I wrote 'Poses,' I knew I had a record," Wainwright explains. "I realized that song would be the 'anchor'; a lot of the album's material springs from it." He elaborates on the disc's subject matter: "I was writing about things in my life as they were happening, which is why I recorded a lot of the songs pretty soon after they were written. I was tackling more personal subject matter this time."

So, is Wainwright the young man in question? "He's a composite of me and some people I feared were in trouble," the singer-songwriter confides, adding, "We're all okay, though - I think!"

A bone-dry sense of frequently black humor is one of Wainwright's personal and professional hallmarks. This wry outlook, accompanied by a rich, world-weary voice and a gift for evocative melodies, made Wainwright one of the most celebrated creative forces to emerge in 1998, the year his eponymous debut album inspired Rolling Stone to name him Best New Artist. Rufus Wainwright likewise garnered Top 10 Album Of The Year honors in the New York Times, Entertainment Weekly, New Yorker, Los Angeles Times and Washington Post.

Wainwright was declared "one of the most whimsical and original young singer-songwriters to come around in years" (New York Times, April 3, 1998) and touted as "a literate lyricist and gifted melodist and an irrepressible font of wisecrack and dish" (Village Voice, July 14, 1998). These accolades presaged the Canadian native's 1999 Juno Award for Best Alternative Album.

Like Rufus Wainwright, Poses (released June 5, 2001, on DreamWorks Records) is marked by sophisticated, highly textured pop. But the new album also demonstrates a bold foray into fresh sonic territory. Calling the recording process "exhausting but exhilarating," Wainwright says, "It was important I not repeat myself, musically or lyrically."

The tracks comprising Poses were selected from dozens Wainwright wrote over the course of several prolific months. Ranging from poignant illustrations of reckless self-indulgence to sometimes jaundiced observations of urban mythology, they explore deeper, darker, more direct emotional territory than the romantic odes of Rufus Wainwright.

"California," for instance, details some of the stereotypes associated with The Golden State - perennial sunshine, obsession with vanity and celebrity, the potential to "suck the life out of people." "There's a line in the song that says, 'Life is the longest death in California.' You're seduced into this lifestyle of complacency that can really ruin a person if you're not careful," Wainwright warns.

Album opener "Cigarettes And Chocolate Milk" chronicles assorted vices with self-deprecating wit, another of Wainwright's signatures and perhaps the lyrical trait that most frequently draws comparison to classic American songwriters like Cole Porter. "That one is somewhat autobiographical, too," he ventures. "I veer toward excesses of varying stripes. It spells some of them out."

The disc's lone cover, "One Man Guy," was written by acclaimed singer-songwriter Loudon Wainwright III, who happens to be Rufus' father. "My own songs can tend toward dissonance and density and this one just has acoustic guitar and voices; it's a respite in some ways," Rufus says. "It's one of the all-time greatest songs. When Teddy [Thompson], Martha [Wainwright] and I perform it live, it always brings the house down, so we had to do it for the album. But I could also kick myself for including it because I know it will be some people's favorite - and I didn't write it!"

That "One Man Guy" is something of a departure on Poses reflects Wainwright's larger desire to experiment sonically. He and Marchand employed rigorous scrutiny when choosing songs for the album, which afforded them a certain freedom. "Once we acknowledged that a song's lyrics and melodies were strong enough to 'stand alone,'" Wainwright notes, "we started coming up with interesting tonal colors."

He says of Marchand's overall contribution: "Pierre was completely, passionately diligent about capturing the songs' musical and emotional essence. I think he really honed his skills on this one - he kept the record stark and exact, as opposed to the 'kitchen-sink' style of the last album."

Among the palette of sounds on Poses are strings and woodwinds - elements one might expect to find in the work of a modern classicist - but also drum loops and angular, feedback-laden guitars. The funk-influenced "Shadows" pairs bass clarinet and flute with a driving dance beat. Wainwright collaborated on the track with Alex Gifford, whose credentials as a studio maverick were well established on Propellerheads' DECKSANDRUMSANDROCKANDROLL (1998). "Alex was a total whiz on 'Shadows,' Wainwright attests. "I may have sung the song, but he played every instrument on it - and brilliantly."

Having been called "brilliant" himself by more than one tastemaker, Wainwright is an artist whose stylistic singularity, adventurous spirit and critical embrace have created certain expectations among fans as well as reviewers. "Of course, I wanted the people who bought my first album to absolutely love this record," he comments. "But I also wanted it to capture a whole new set of fans, too. I didn't necessarily want to go completely 'popped out,' but I did want to make sure the music was accessible. After all, the most important thing is to communicate as clearly with the listeners as I can. I tried not to think too much about what the response might be beyond that."

He again credits Marchand with helping him navigate Poses' creative path: "We were determined to leave out any song that didn't make the entire album significantly stronger. There were some hard choices, but Pierre was really into cutting away anything that didn't further the emotional impact of the record. I'm very grateful to him for that because, as I said, I have a tendency toward excess."

He believes the result is a worthy successor to Rufus Wainwright. "The songs on Poses have been served, in every way imaginable, as well as they could have been. I'm very confident about the album - I think it speaks for itself." . 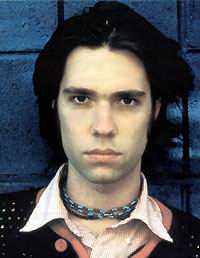