Wade Bowen was born and raised in Waco. He graduated from Texas Tech University in Lubbock, spent two years living in Austin and currently resides in New Braunfels with his wife and two sons. His Texas roots run deep so it was a natural progression to complete his current project, Live at Billy Bob’s Texas CD/DVD.

His self-released 2002 album Try Not To Listen consolidated his Texas success as its title tune went Top 10 on the Texas Music Chart. The statewide sensation generated by his live shows led the following year to The Blue Light Live, an in-concert album.

With Lost Hotel in 2006, the groundswell Bowen had stroked in the Lone Star State took his single “God Bless This Town” to the top of the Texas Music Chart while its video was a Top 20 debut on CMT and spent several weeks at #1 on CMT’s Pure Country 12 Pack countdown. The vibrant buzz he had started in Texas also spread further as he hit the national road on the Lee Ann Womack and Friends tour and expanded his fan base for his live appearances into the Midwest and Southeast.

In 2008, Bowen’s release, If We Ever Make It Home debuted at #2 on Billboard’s Top New Artist Chart, #29 on the Top Current Country Albums and #176 in the Top 200 Albums. It was the #3 most downloaded country album on ITunes in its first week. If We Ever Make It Home has produced four number one singles on the Texas Music Chart and Texas Regional Radio Charts. The Texas Music Chart deemed the title track and “Nobody’s Fool,” as two of the Top 30 songs of 2009. Bowen’s current music video, “Trouble” debuted at #1 and is presently aired on CMT’s Pure 12 Pack.

On the heels of the success of If We Ever Make It Home, Bowen will release the next installment of the Live at Billy Bob’s Texas music series in the spring of 2010. Bowen recorded his CD and DVD in November 2009 to a packed house at the legendary, honky tonk, Billy Bob’s Texas. This is a live album with only one take – raw emotion, passion and intensity captured for fans to relive again and again. The album consists of 20 tracks which include hits “Lay It All On You,” “You Had Me At My Best,” “One Step Closer,” and “Trouble.” As an added bonus, two NEW, unheard studio cuts produced by Frank Liddell (Miranda Lambert, Chris Knight) will be introduced on the CD. The DVD features 20 tracks with special footage caught the week leading up to the show, an interview section and a must-see confessional booth where fans poured their heart out to Wade and the band.

The path Wade Bowen is following continues to be well decorated with media acclaim, radio airplay, and an ever growing fan base that has attracted a ceaseless tour schedule totaling 200 plus dates a year. The essence of Wade Bowen has been perfectly captured on the Live at Billy Bob’s Texas CD/DVD as he solidifies his brand as a true, authentic artist. 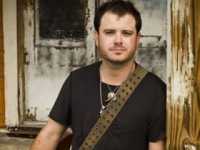