An extremely popular vocal group from Japan, W-inds got their start in November 2000, when members Ryohei Chiba (born November 18, 1984, in Hokkaido, Japan), Ryuichi Ogata (born December 17, 1985, in Hokkaido, Japan), and Keita Tachibana (born December 16, 1985, in Fukuoka, Japan) began giving performances in Yoyogi Park. Their debut, the number one 1st Message, was released in 2001. W-inds have been one of the biggest names in pop, not only in Japan, where most of their singles have been Top Ten hits, but in Asia in general. They have had large followings in China and Hong Kong, Malaysia, Singapore, South Korea, and Singapore. ~ Chris True, All Music Guide 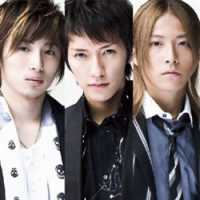