Best known for his lush, Oscar-winning score to the 1981 film Chariots of Fire, Vangelis was among the most successful and admired electronic composers of his era. Born Evangelos Odyssey Papathanassiou in Valos, Greece on March 29, 1943, his nascent musical talent was recognized at an early age, but he refused to take piano lessons, instead teaching himself. After high school he formed the early-1960s pop group Formynx, soon the most popular act in Greece. After achieving superstardom at home, Vangelis relocated to Paris in 1968, and was in France at the time of the student riots; unable to go back home, he formed the progressive rock band Aphrodite's Child with fellow Greek expatriates Demis Roussos and Loukas Sideras, soon scoring a major European hit with the single "Rain and Tears."

After Aphrodite's Child disbanded in 1972, Vangelis joined French filmmaker Frederic Rossif to compose the scores for the features L' Apocalypse des Animaux and La Fete Sauvage; his proper solo debut, Earth, followed in 1974, around the time he was rumored to be joining Yes. Although Vangelis did rehearse with Yes for a few weeks, he never officially joined their ranks; still, he became close friends with group vocalist Jon Anderson, a frequent collaborator in the years to follow. Relocating to London, Vangelis established his own state-of-the-art recording studio, producing a steady flow of recordings including 1975's Heaven and Hell, 1976's Albedo 0.39, 1977's Spiral and 1978's Beaubourg. Teaming with Anderson under the name Jon and Vangelis, he also scored a series of UK hits including 1980's "I Hear You Now" and the following year's "I'll Find My Way Home."

Vangelis' international commercial breakthrough followed in 1982, when his score to Chariots of Fire earned the film one of its many Academy Awards; its theme song even cracked the Top Ten on the U.S. pop charts. That same year, he also created the powerful score to the cult classic Blade Runner, the beginning of a partnership with director Ridley Scott which also yielded soundtracks to films including 1492: Conquest of Paradise. Vangelis also composed the music for a number of Jacques Cousteau documentaries in addition to maintaining his flourishing solo career, issuing acclaimed LPs including 1985's The Mask, 1988's Antarctica and 1990's The City. In 1992, he was awarded the Chevalier Order of Arts and Letters, one of France's most prestigious honors. El Greco followed in 1998. — Jason Ankeny 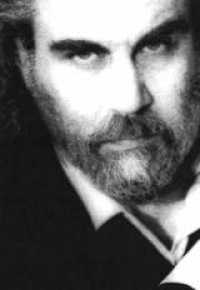