A true music innovator, Van Morrison's songwriting muse has produced well over 20 studio albums and landed him the status of lyrical visionary.

Born in Ireland in 1945, Morrison's musician parents schooled him well in jazz and blues. After touring with R&B band the Monarchs as a jazz saxophonist, Morrison founded the band Them, whose "Gloria" became an oft-covered rock 'n' roll classic. Dissatisfied with the corporate aspects of the music world, Morrison disbanded Them and returned to Ireland.

Soon, however, Morrison was back in the studio, recording singles with songwriter Bert Berns on his Bang label. The immediate result was the song "Brown-Eyed Girl," which became a Top 10 hit and prompted Bang to release a collection of Morrison's songs as the album Blowin' Your Mind! in 1967. After releasing the inaccurately titled The Best of Van Morrison, Morrison left Bang for Warner Bros.

Though the resulting Astral Weeks was a commercial flop, it was immediately hailed by critics as a masterpiece. His 1970 release Moondance had a more accessible country-pop sound and found commercial success in its title track and the single "Come Running." Its 1970 follow-up, His Band and the Street Choir, continued down this road, producing the Top 10 single "Domino." Stylistically similar, 1971's Tupelo Honey featured the popular country-flavored track "Wild Night."

Morrison's subsequent albums revealed a stylistic evolution, touching first on soul in 1973's Saint Dominic's Preview and later, introspective folk on Hard Nose the Highway and Veedon Fleece. The R&B-influenced A Period of Transition emerged in 1977 after a brief dry spell and was followed by the commercially popular Wavelength.

Morrison exited the '70s with Into the Music, a quiet effort that examined Christianity, foreshadowing Morrison's journey into mysticism that directed his creative force in the '80s. Among his notable albums of the period include 1985's A Sense of Wonder (Mercury), which paid tribute to poet William Blake, and 1987's Poetic Champions Compose, a collaboration with the Chieftans that had Morrison exploring his Celtic roots.

The release of a greatest hits collection in 1990 gave Morrison a career boost, setting the stage for the release of the acclaimed double album, Hymns to the Silence and A Night in San Francisco, which captured an inspired live performance. The Philosopher's Stone, a collection of previously unreleased material, was released in 1998 on A&M Records.

Morrison's latest studio CD, Back on Top, came out in early 1999. The album features the standout single "When the Leaves Come Falling Down." 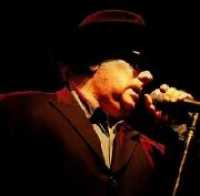