Urbain Servranckx (June 7, 1949, Schepdaal, Belgium), also known as Urbain and Urbanus van Anus, is a Belgian comedian, actor, singer and comic book ‘hero’. He shocked the Flemish conservative fraction by writing a song that is a parody on the birth of Jesus.

In 1984, Urbanus and Willy Linthout began writing comic books with Urbanus himself as the main character. As of 2005 more than a hundred such comic books have been published. 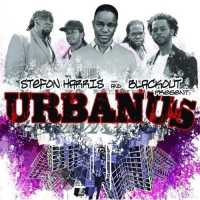