Perhaps the most musically abrasive group in the world of indie rock, Unwound specialize in a dense collection of crushing power chords rising to feedback, melding the noise of Sonic Youth's more raucous passages with a rare energetic flair which rivals even that of Fugazi. Formed in 1991 in a small town close to the indie rock nerve center of Olympia, Washington, Unwound was originally a trio of vocalist/guitarist Justin Trosper, bassist Vern Rumsey, and drummer Brandt Sandeno. The band released two singles for Kill Rock Stars and one for Gravity Records before recording an album in early 1992. Sandeno left the group in July -- stalling release of the self-titled album until it appeared in 1995 on Unwound's own label, Punk in My Vitamins? -- and was replaced by Sara Lund, a native of Bloomington, Indiana and a former member of Witchypoo and the Belgian Waffles. Unwound's first released album was Fake Train, issued in mid-1993 on Kill Rock Stars. On the band's three subsequent albums, recorded one per year from 1994 to 1996, Unwound rarely diverged from a biting attack on melody and song structure, abandoning most elements of musicality except for a brilliant use of harmony in Trosper's lines of feedback. 1998's Challenge for a Civilized Society continued their extremist traditions, and Leaves Turn Inside You followed in spring 2001. 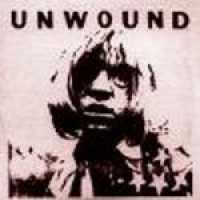