Unikkatil, (born Viktor Palokaj, March, 1981, often credited as Viktor Paloka) and also known as Rebel a.k.a Unikkatil, is an Albanian-American entertainer, rapper, and record producer from The Bronx, New York [1] and originally from Pristina, Kosovo. Unikkatil is best known as The Albanian Rap Revolution,[2] the one who changed the face of Albanian-Rap, and as the leader of T.B.A. (The Bloody Alboz). His music career began in 2004 although in his own words he did not take it seriously until he moved to The United States.[1] After he moved to The Bronx, New York, he was a member of A.B.I. (Albanian Boys Incorporated) and later, after putting those times behind, he started the Albanian Rap Group known as T.B.A. (The Bloody Alboz) alb: Shqipet E Pergjakshme, with the help of: Z.E.F. and Milot, under the Conqueror Records banner, later on rappers such as: Tee,Klepto, Presioni, Jeton & Alboholics joined. He still continues to represent the A.B.I. although his focus is primarily music and T.B.A. 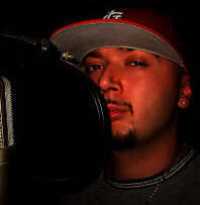