Umbrellas are an indie rock band fronted by Scott Windsor in the Lyndsay Diaries fame, the band signed militia group in 2005 after Windsor's departure from his solo work Umbrellas currently has two albums a self-titled release in 2005 and 'Illumina' was released in 2006

UMBRELLAS 'Illumina
( Latin, which means that the easy way or illustrate)

About Umbrellas' debut hit the shelves was recognized as a dynamic eager to offer the band toured hard and new ideas began to swim inside the Windsor head these ideas shaped icebergs and the only option was to dismantle and return a near-avalanche of visions, abstractions, melodies and structures debut birthed in decidedly artistic collaboration manner proved to be an even more cautious outing compared to Illumina

Hanging blankets over the empty dusty and evocative shell of an old comedy club Scott and his Umbrellas began tracking their new record Illumina They walked up the bad less than secure scenarios with surrounding '06 tornadoes in Oklahoma Scott says: "The old comedy clubn had an odd feel to the rough low-lit strange corridors outside color backrooms good for nothing, right there in the middle of downtown Tulsa dodging tornadoes in the middle of recording, we constantly heard the sirens going out went out to piss-green sky, sideways rain and I thought to myself "maybe they will find these recordings a few days after we were all abducted" One of the band members' car was stolen during the recording process of the homeless who stole it just to impress their friends The van was broken into, we had a stolen hard drive but unfortunately could not stop this record "

James McAlister (Ester Drang Sufjan Stevens) played drums, percussion programming, and added lively innovative ideas like sampling Scott's voice as the keyboard parts for the song" Againand again "Palate Scott sings:" Where is the piano? The great big bass drum? "Well in that song piano right there in his vocal cords, which adamantly was angelic bared just as they are on the Illumina" Most of these songs had only one take on vocals-80% of the record Each week these days it seems you can find some pretty blonde add auto-tune on it and just go with the "Scott adds, modestly:" I'm not the best singer, but at least when you see us live what you see is what you get and I'm not lying fans "and it seems that is what the general mood and direction of this post: reality and a sense of the organic forgotten the raw emotion of the song "Tests on My Heart Windsor sings to" get over themselves "recording of that refrigerator med cold voice shadows and a Vaudevillian piano interlude Illumina grapple with notions of solitude life, death and the plain old blues Scott sings of real love, love, satisfaction disappointing life balance letting-go policy of appeasement idealism, and grace-all with a view of the windy fall out songs with strange swirls of sound blare's of echoes and pulse's huge hammer's bass, and bells to chime the gladness in being right there, where one is supposed to be weathering the storm and take the shadows and memories of calmer times and warmer room 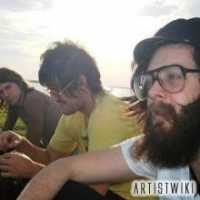