The name of the project comes from the film, Das Boot, about the German submarine U-96 from the Second World War. The project's first hit "Das Boot" (1991) is a techno/dance-version of the film's title melody, which had been originally composed by Klaus Doldinger. Also an album of the same name was released.

Their next album, Replugged (1993) was inspired by the electropop of the 1980s and by ambient and disco music themes. It was less commercially successful like the first album, but provided a couple of Top 10 hits in "Love Sees No Colour" and "Night in Motion".

The follow-up album Club Bizarre (1995) radically changed the sound of U96. The album mixes influences of techno-pop with fast trance dominated the album. The hit single releases from this album were "Love Religion" (with Daisy Dee) as well as the title track "Club Bizarre" with harmonies, which was reused later by Brooklyn Bounce. Motor Music also released the Club Bizarre Interactive CD-ROM. The audio part of this CD-ROM included several music tracks and the multimedia part featuring a discography, interviews with Alex Christensen and a game for Mac OS and Windows PC.

In 1996 the successor Heaven was published. The album was commercial, despite some electropop influences. On this album a new singer Dea-Li (Dorothy Lapi) was featured, who participated in the preparation of four titles.

Another album, Out of Wilhelmsburg, was released in 2007. 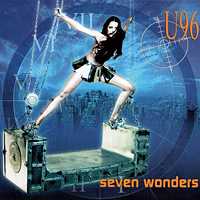