Toni Childs began her traveling early. Born in Orange, California, she grew up in small desert farm towns and moved to distant states such as Arkansas, Kansas, Oklahoma and Nevada. Raised in a family where movies and rock'n'roll were forbidden, she ran away from home at 15 and hitched up and down the West Coast jamming with local blues bands.

She saw Pink Floyd at the Cow Palace in 1972 and had an epiphany that sparked her imagination and spurred her to seriously consider becoming a singer/songwriter. By the time she was 17, Childs was belting out songs in local Los Angeles bars. In 1979, after briefly becoming the first singer for the group Berlin, she formed Toni and the Movers. "I didn't know who I was, "she says now. "I was trying to grab the brass ring like everybody else." The Los Angeles-based band lasted two years and at its end included Micki Steele, later of The Bangles, and Jack Sherman, a future Red Hot Chili Pepper. "Then," says Childs, "I got out of town and went completely in another direction."

In 1981 Toni signed a song publishing deal with Island Music which financed her move to London. There she lived in an empty office of a local recording studio, sweeping floors and dusting consoles in exchange for rent and recording experience. While in London Toni formed a band called Nadia Kapiche, which included Dave Rhodes (Peter Gabriel), Mike Cotzi (Shreikback), Martin Swaine (The Waterboys, World Party) and Steve Creese (World Party). It was during the four years of living in London that the seeds of world music were planted.

In 1985, after returning to L.A., she was signed to A&M Records and soon began to work with songwriter/producer/musician David Ricketts (David+David) who she had earlier worked with on the soundtrack for the film Echo Park.

Childs's debut album, Union (1988), was recorded over a two year period in Hollywood, London, Paris, Swaziland and Zambia. Time Magazine wrote: "In a year of auspicious breakthroughs for women writer-performers, Childs was the standout." The New York Times called Childs "one of the most promising among a new generation of composers and performers." Not unexpectedly, she earned Grammy nominations for Best New Artist and Best Rock Vocal Performance(Female). Her first tour? Opening for Bob Dylan.

"It was all very scary-a roller coaster," she says. "Music is such a personal thing for me and I'm a very private person. I thought I wanted to be seen and then I realized I didn't want that at all."

1991's House of Hope had a very different take on life. "The first album was joy and love. But we're not all light, and my darkness had to have a voice. Some people asked, 'Why so dark?' That confused me because I didn't think it was a negative. I thought it was courageous saying what I saw, living past it and letting it go. I'm very proud of it."

The album (whose title song was heard in the film Thelma and Louise) was dedicated to "people who are growing, people who are just getting by, and people hanging on for dear life." Touring Australia, Childs found that description encompassed an audience even more diverse than she imagined. "This gray-haired older woman at an airport x-ray machine referred to the song 'I've Got To Go Now' and said, 'You wrote my life!'" Toni says of her Australian shows: "There'd be a guy with long red hair and a beard singing his heart out to 'Stop Your Fussin.' On the other side of the stage a housewife, and up front two kids with spiked hair."

It was while she was making House of Hope that she volunteered to join an Earthwatch excursion to the Kewola Basin lab in Hawaii. During her last week there, she saw a boy with terminal cancer swimming with dolphins. The joyous effect it had on him touched her deeply. She subsequently conceived Dream a Dolphin, an organization designed to create a care facility where such miracles can occur.

Toni's most recent album, The Woman's Boat, brought her to Geffen Records. Released in 1995, The Woman's Boat marked the introduction of Dream a Dolphin with an informational insert in the CD. The single "Lay Down Your Pain" earned Toni her third Grammy nomination, for Best Female Rock Performance. She is currently on tour, promoting The Woman's Boat while writing songs for her next album, entitled Bare. A late 1996 release date is planned for Bare. 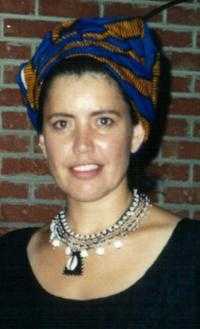