Octavio Rivera (born 1986) better known by his stage name Toby Love, is a Puerto Rican bachata musician. Love is known for performing a style of bachata music that combines traditional and urban singing and production.

Toby Love was born and raised in The Bronx, New York. While his mother is Puerto Rican, his mother eventually married a Dominican man. As a result, Toby was raised listening to bachata music.

Toby Love was a originally a backup singer for the bachata band Aventura before beginning a solo career with his 2006 LP, Toby Love, released on Sony Records. In 2008, he received four nominations to the Billboard Latin Music Awards for songs included in his debut album. Love won awards for two categories, Tropical Airplay Song of the Year, and Latin Rap / Hip Hop Album of the Year.

Toby Love is recognized as the artist that made the subgenre of crunkchata popular. As the result of having recorded half of his debut album in Miami, Love became a fan of crunk music, and incorporated it into his bachata music.

Love produces the majority of the music used in his albums, along with co-producer Eddie Perez. 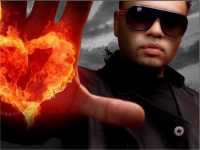