If you are a metal fan, there is no need to introduce this man. Timo Tolkki is the mainman, main songwriter and guitar player of one of the most successful heavy metal bands today. He formed Stratovarius back in 1982 and led them through some real hard years 'til they became what they are now. In the last couple of years, he wrote a lot of very personal songs, which didn’t fit into the musical and lyrical concept of Stratovarius. After the band decided to take a break 'til 2003 (they did NOT split up), Timo had the chance to record his personal stuff as his second solo album. His first album, Classical Variations and Other Themes (1996), was more like the typical “guitar hero” thing where Timo played a lot of melodies from some classical compositions on his guitar together with some of his own instrumental stuff.

Here’s what Timo says about his new output:

“It was recorded in a place called Hästholmen, not a studio, but a house by the sea near Helsinki where I brought my recording gear. I also wrote the songs there. I was there basically from February to June 2001, and then from August to September and then mixed the album at Finnvox studios. Anssi Nykänen, a top Finnish session drummer played the drums, Mika Ervaskari (original Stratovarius keyboarder from 85-87) played the keys, Michael Kiske (ex-Helloween) sang “Key to the Universe,“ Sharon Den Adel (Within Temptation) sang “Are You the One?“ I sang the rest, played bass, guitar, some keys, recorded, produced and mixed the album. This album is a trip into my childhood and into my life in general and also into life how I see it. I am writing about painful childhood experiences, about love, about life, about the world, about the universe, about god, religion, wars etc. The songs and lyrics are by far the most personal I have ever written. It was a perfect chance for me to forget all the frames of what a metal band many times tend to have. I didn’t set myself any limits musically or lyrically, and I think I succeeded pretty well. Many times it is very hard to categorize what style of song is playing.“

If you want to be part of Timo’s life so far, you now have the chance to. Hymn to Life is, as mentioned above, a very personal and honest album about a man who’s had his experiences in life. If you’re only interested in good music, well, then this album is perfect, as well. It is, without a doubt, an album that can’t be categorized. It’s for people who are very opened minded in a traditional way. 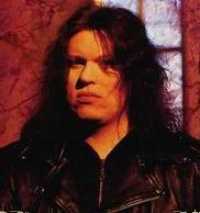