Vivienne Tanya Stephens, better known by her stage name Tanya Stephens (born 2 July 1973, Kingston, Jamaica) is an influential reggae artist who emerged in the late 1990s. Stephens is most known for her hits "Yuh Nuh Ready Fi Dis Yet" — the single was later featured on the Reggae Gold 1997 compilation album — and "It's a Pity", which achieved Tanya international recognition.

Her album Rebelution was released in August 2006, and the first single "These Streets" was a number one hit in the Caribbean staying on Tempo's Chart at number 1 for more than 4 weeks. The album was totally sold out in Jamaica and other parts of the Caribbean. The track "Rosa" is a tribute to Rosa Parks.

Her early material was lyrically typical of dancehall and drew comparisons with Lady Saw, along with whom she was proclaimed "the top female artists in Jamaica" in 1998 by the Washington Post, but later developed beyond what she called "the same old four topics" to 'reality' themes and even lyrics critical of homophobia. Social scientist Clinton Hutton said of her: "She is very intuitively intelligent and deftly tackles relevant social issues".

In 2007, Stephens was awarded a scholarship by Resource Development International to study for a Business Management degree via the internet from the University of Sunderland.

Her latest album Infallible, was released in 2010.
Stephens has a daughter, Kelly, born in 1994. 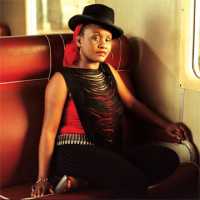