Few hip-hop artists have made as profound an impact in as short a time as Talib Kweli. After releasing a few revered singles with partner DJ Hi-Tek, Kweli teamed with fellow New Yorker Mos Def for 1998's Mos Def And Talib Kweli Are Black Star, one of the best albums of the '90s. In addition to introducing the world to two of the most talented rappers of their generation, the album—along with likeminded recordings from The Coup and Lauryn Hill—played a major part in bringing a sense of spirituality, social conscience, and moral balance back to hip-hop. Since Black Star's release, Kweli has been busy, purchasing a bookstore with Def, traveling to Cuba as part of the Cuban Rap Festival, performing in countless benefit concerts, and helping to organize the Hip Hop For Respect project to raise awareness of police brutality in the wake of the Amadou Diallo shooting.

This year alone, Kweli collaborated with Hi-Tek on Reflection Eternal, then traveled with two of the biggest underground hip-hop tours in years: On the Spitkickers Tour, he opened for Biz Markie, Common, Pharoahe Monch, and headliner De La Soul; on the Okayplayer Tour, Kweli, Dead Prez, and others performed sets backed by tour leader The Roots. Kweli has also found time in the past year to collaborate with everyone from England's The Creators to Wisconsin's Youngblood Brass Band. Kweli recently spoke to The Onion A.V. Club about life on the road, the state of hip-hop, and why the media are so hung up on Eminem. 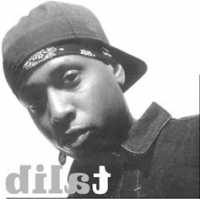