Biography:
Susan Raye was discovered in a Portland, Oregon, nightclub by Buck Owens’ manager, Jack McFadden. McFadden’s enthusiasm persuaded Buck to fly Susan to Bakersfield, California, for an audition. Owens liked her voice and invited her to join him on a Northwest tour. Growing up in the small Portland suburb of Forest Grove, Susan had little interest in singing or Country music. When she first gave music a try it was singing Rock music with some fellow high school students. Shortly after the Rock group disbanded, Susan auditioned for local radio station KWAY, which was looking for a singer to perform on a live Country music program. Susan got the job and also worked as a deejay at the station in the afternoon. Susan also became a favorite in local nightclubs and eventually was invited to join the cast of a Portland TV show called Hoedown.

In 1968, Buck Owens offered Susan a management contract that required her to move to Bakersfield. By 1969, she signed with Capitol Records and released her debut single, Maybe If I Close My Eyes (It’ll Go Away). Susan scored her first Top 30 hit with a reprise of the Jackie DeShannon Pop hit, Put a Little Love In Your Heart. Susan Raye was introduced to millions of fans in the late 60’s and 70’s as a featured performer on the Hee Haw TV series and was a regular guest on the syndicated program for nine years. In 1969, Susan appeared in the movie, From Nashville with Music. In 1970, Susan released her first solo album, One Night Stand. The title song became a Top 30 hit and the album also produced her first Top 10 solo hit, Willy Jones. Susan started to record with Owens and in 1970, they charted with We’re Gonna Get Together and Togetherness (both Top 15). The duo scored their biggest hit in the summer of that year with the Top 10 hit The Great White Horse. Susan’s next solo single, the up-tempo L.A. International Airport, also went Top 10 in 1971, and became a signature song for her. It also crossed over to the Top 60 Pop chart. Her string of hits continued in 1971 with the Top 5 Pitty, Pitty, Patter and the Top 3 (I’ve Got A) Happy Heart.

In 1972, Susan hit the Top 10 with My Heart Has a Mind of its Own and then she teamed up with Buck for the Top 15 success Looking Back to See. Other notable hits from the 70’s were Wheel of Fortune and Love Sure Feels Good in My Heart (both Top 20, 1972), Cheating Game (Top 20) and Plastic Trains, Paper Plains (1973)(both 1973), Stop the World (and Let Me Off) (Top 20) and Whatcha Gonna Do With a Dog Like That (Top 10 both 1974) and the Top 20 duet with Buck, Love is Strange (1975). By 1976, Susan had left Owens and Capitol and moved to United Artists Records, but she failed to have any further major successes. After scoring more than 20 hits and recording an equal number of albums, Susan Raye retired in 1978 to raise her six children. She also went back to college earning a degree in psychology, taught weekly Bible classes, and became an active PTA member. Susan Raye revived her career in the mid-80’s, recording for the Westexas America label. In 1985, she released the album, Susan Raye: There and Back, which produced the single and video, Just Can’t Take the Leaving Anymore. 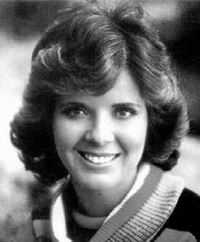