Sunrise Avenue play pure rock'n'roll with an unstoppable passion, and a dash of sunshine in their melodies. The vocalist Samu Haber started the band together with guitarist Janne Kärkkäinen in 2002. Bass player Raul Ruutu joined the gang soon after, and Sami Osala came on as the drummer in the fall of 2005. Producer Jukka Backlund got interested when he saw the band perform live, and with him Sunrise Avenue decided to make a record, even before they had a record deal. The first tracks Backlund and Sunrise Avenue did together also clinched the deal.

Fantastic songs. That's the key element of Sunrise Avenue's music. Songs that sound good whether they're being played only with an acoustic guitar, or produced to sound massive. All four guys sing during gigs, so it's no surprise that singing in harmony and melodies that stick to your mind are important in the band's music.

Sunrise Avenue want to connect with other people. The band members emphasise the audiences whenever possible. The fact that people came to the live shows even when things weren't going that great gave the band faith.

Sunrise Avenue prove again that rock can be played with a positive attitude, and without taking it too seriously. The band also shows that a rock band can look the audience into the eyes during their performance, and not just glance mysteriously from under tons of make-up. Sunrise Avenue will melt many hearts in the months to come with their open attitude.

Janne Kärkkäinen was fired from the band in August 2007 due to "artistic and personal differences". 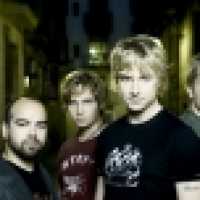