Charles Thomas "Stompin' Tom" Connors, OC (born February 9, 1936) is one of Canada's most prolific and well-known country and folk singers.

During the mid-1970s, Connors wrote and recorded "The Consumer", an ode to bill-paying that became the theme song for the popular Canadian Broadcasting Corporation (CBC) consumer affairs program, Marketplace. For the first few seasons, Connors appeared in the opening credits of the program, before "The Consumer" was replaced as the theme — initially by an instrumental background version and ultimately by another piece of music entirely.

In 1974 Tom had a mini-series running on CBC Television in which he met and exchanged with folks from all across Canada. The series called "Stompin Tom's Canada" was co-produced with the help of CBC and ran for 26 episodes of 30 minutes each.

Interestingly, Tom has never lost touch with Gaet Lepine, the bartender he befriended in Timmins. In fact, over the years, the two have co-written many songs together. These songs are featured in Stompin' Tom's 250 Songs songbook.

The song that Tom wrote the fastest was Maritime Waltz; time, 12 minutes.

Connors' habit of stomping the heel of his left boot to keep rhythm earned him the nickname "that stompin' guy", or "Stomper". It wasn't until Canada's 100th birthday, July 1, 1967, that the name Stompin' Tom Connors was first used, when Boyd MacDonald, a waiter at the King George Tavern in Peterborough, Ontario introduced Tom on stage.

Based on an enthused audience reaction to it, Tom had it officially registered in Ontario as Stompin' Tom Ltd. the following week. Various stories have circulated about the origin of the foot stomping, but it's generally accepted that he did this to keep a strong tempo for his guitar playing — especially in the noisy bars and beer joints where he frequently performed.

After numerous complaints about damaged stage floors, Tom began to carry a piece of plywood that he stomped even more vigorously than before. The "stompin' " board has since become one of his trademarks. After stomping a hole in the wood, he would pick it up and show it to the audience (accompanied by a joke about the quality of the local lumber) before calling for a new one. It was reported that when asked about his "stompin' board", Tom replied, "it's just a stage I'm going through".

Connors has released music on no fewer than seven different labels. His earliest foray into recording was on the CKGB Timmins radio station label. These 45 RPM singles were pressed by Quality Records in Toronto, and distributed (and paid for) primarily by Tom. His first two albums (and two subsequent 45 RPM singles) were released on the Rebel Records bluegrass label, under the name "Tom Connors". These two albums were subsequently re-released on Dominion Records under the Stompin' Tom moniker and had to be totally re-recorded due to a dispute with Rebel Records owner John Irvine.

Most of Connors' well-known albums were released on Dominion Records (1969–70), and after 1971 on the Boot Records label that he co-founded with Jury Krytiuk and Mark Altman. His releases on Dominion (and all subsequent releases) were done under the name "Stompin' Tom Connors". Most of the Rebel and Dominion albums would be reissued (and in some cases, re-recorded) under the Boot label, and would represent the bulk of his recorded material. It was released on 331⁄3 RPM record albums, 45 RPM record singles, 8-tracks, and cassette tapes.

After his retreat from the music business in the late 70's, he started the A-C-T (Assisting Canadian Talent) label in 1986, and released two albums: "Stompin' Tom is Back to Assist Canadian Talent" and his comeback album, "Fiddle and Songs" in 1988. A-C-T also re-released Tom's back catalogue on cassette tapes only.

All of his subsequent releases (and re-releases) have been through Capitol Records / EMI. Most of this work is now available on Compact Disc. In recent years, many of his album releases have included at least one re-recording of one of his earlier songs. 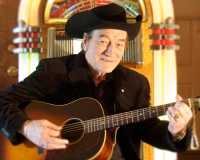