The Police were an English rock band formed in London in 1977. For the vast majority of their history, the band consisted of Sting (lead vocals, bass), Andy Summers (guitars) and Stewart Copeland (drums).

The Police became globally popular in the late 1970s and are generally regarded as one of the first New Wave groups to achieve mainstream success, playing a style of rock that was influenced by punk, reggae, and jazz. Their 1983 album, Synchronicity, was number one on both the UK Albums Chart and the US Billboard 200, and sold over 8,000,000 copies in the US.

The group finally disbanded in 1986, but reunited in early 2007 for a one-off world tour lasting until August 2008. The Police have sold more than 50 million albums worldwide, and were the world's highest-earning musicians in 2008, thanks to their reunion tour.

The final show of the tour was held on August 7, 2008 at Madison Square Garden in New York City. While announcing the show, the group also announced their donation of $1 million to New York Mayor Michael Bloomberg's initiative to plant one million trees in the city by 2017.

Proceeds of the concert went towards arts programming for the city's two public television stations. During the entire tour, the Police sold 3.7 million tickets and grossed $358 million, making it the third-highest-grossing tour of all-time at its conclusion.

On November 11, 2008, the Police released Certifiable: Live in Buenos Aires, a DVD and CD set of the band's performance in Buenos Aires, Argentina on the tour. Those sets with 2 DVDs also included a documentary shot by Stewart's son Jordan entitled Better Than Therapy. 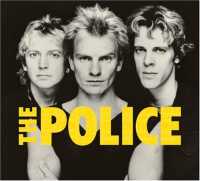