There are a ton of songs about falling in love and about break-ups, but in my opinion, there aren’t enough songs that dive deep into what happens in relationships on a day-to-day basis,” observes Steven Curtis Chapman. “That’s something that I really felt I wanted to explore with this project.”

With his wife Mary Beth providing inspiration, Steven’s crafted the musically diverse and lyrically profound All About Love, a disarmingly honest album that is clearly not a collection of traditional love songs.

“Mary Beth and I are drastically different people. It’s Eeyore marries Tigger,” he explains. “Is the glass half empty or half full? It depends on the way you look at it. You bring those different perspectives and life experiences together in a relationship and find yourself asking, ‘Hmm, how do we make this work?’” And therein lies the mystery that Steven finds irresistible.

The ups and downs, the joys and frustrations of relationships are examined musica lly leading to a single conclusion: we love God best when we love each other well. It’s a universal message that he hopes will connect with people of all ages.

Because the album is a surprisingly revealing family portrait, Steven and the record label wanted Mary Beth to be more involved than she usually is. “I’m what he calls ‘the ultimate sounding board,’ she explains. “I don’t listen with music industry ears. I just respond to what affects me. Steven will play a song for me and say, ‘What do you think?’ I’m brutally honest whether it’s good or bad, in my opinion. We’ve always had that kind of relationship.”

For the first time ever, Mary Beth served as executive producer and had a voice in all significant decisions including song selection. She specifically requested two songs that have been “their songs” through the years, and are the album’s only two cover songs, “I’m Gonna Be (500 Miles)” recorded by the Scottish duo The Proclaimers, and “I’ll Take Care of You,” originally performed by Ronnie Milsap.

“Since it was intended as an album for me, I had two rules,” she laughs. “No steel guitar and no horns.” She requested a “rootsy organic sound” that continues a signature sound that has resulted in 39 #1 hits and sales of more than 8 million albums.

Those who know him as the winner of 4 Grammy Awards and 47 Dove Awards may be surprised that many of the songs bear little resemblance to his tender ballad “I Will Be Here,” a perennial favorite at weddings.

“This is not just an album for your parents’ anniversary or for somebody who’s getting married. Instead, I think of it as a relationship record. It’s about the roller coaster of loving others.

“I want the same kids who love ‘Live Out Loud’ or ‘Dive’ to listen to this record and hear me asking ‘what is it about a kiss?’ or ‘what is it about a touch?’ or ‘why does love have this power to drive us crazy or to transform us?’” I have discovered and believe that there is in fact something profoundly spiritual going on in these human experiences that reveal much about God’s love for us.”

Although Steven rarely writes while on tour, most of these songs “just fell into my heart.” Then, in breaking with his penchant for meticulous production involvement, he recorded the rhythm tracks for All About Love in a four-day marathon with a who’s who of LA studio musicians and engineer extraordinaire Jack Joseph Puig (Sheryl Crow, John Mayer, No Doubt), who also mixed the album.

In between tour dates, Steven flew back to Nashville to work alongside his friend and co-producer Brown Bannister to complete the recording process. “It was important to capture the passion of the moment. I wanted it to be just a little bit ragged,” he observes.

Ragged may even be an apt description of the Chapman’s fast-paced lives. In addition to his demanding schedule, they are raising four children ages 3 to 16, the youngest of whom is a daughter they adopted from China in 2000. To add to the fast pace, the Chapman family is heading to China next summer to adopt another baby girl. Their passion for adoption is clear, and is behind the reason Steven chose to include “When Love Takes You In” on this new project, the song which Steven wrote for their first adopted daughter.

Although he’s recorded thirteen albums, has appeared on TV shows and contributed to numerous movie soundtracks, he and Mary Beth insist that they could easily return to their roots.

“We started out with $50 to our name and a green Ford Pinto,” Mary Beth confides. “I was 19 and Steven was 21. It’s not that we’ve gotten so comfortable with the way it is now that we’ve forgotten where we came from.”

“We refer to our marriage as 18 years of holy headlock,” Steven says with a smile. “I say this jokingly and seriously: we’ve worn out some of the best counselors that Nashville has to offer trying to figure out how to stay connected to each other.

“There has been friction, struggle, and wrestling. We walk with a little bit of a limp but it’s evidence that we have wrestled well and that we keep working on our relationship,” he offers.

These days, they stand together ready to tread new ground, bringing encouragement to people who struggle with relationships. “We want to say, ‘Don’t hear these songs and think we’re saying that we’ve got it all figured out,’” Steven admits. “Sometimes it’s three steps forward and two steps back.

“I’ve seen my wife come alive in ways that are pretty miraculous. I’ve seen healing take place in her heart,” he marvels. “And even though she is inclined to be a more private person, she’s excited about the world hearing her record.

“At any point in the last 18 years, I could have told you that I loved my wife more than I’ve ever loved her before and I would’ve meant it,” Steven confesses. “But we’ve come to a place where she really knows that to be true. That’s only by the grace of God.”

And therein lies the reason why it’s All About Love. 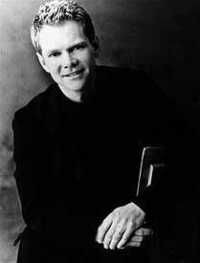