Steve Winwood first came to prominence when playing piano and singing in his distinctively soulful, R&B voice in Birmingham, England, at the age of 15. Kicked out of school before he was 16, Steve cut his teeth in the Spencer Davis Group, gigging under the watchful eye of his elder brother Muff. The Spencer Davis Group learned their craft in Hamburg's Star club and other seedy venues while creating a series of unforgettable hits that now - as then - embody the sound of London in the swinging sixties. From the rawness of "Dimples" (released in August 1964) through to their chart toppers "Gimme Some Lovin" (November 1966) and "I'm A Man" (SDG's ninth single, released in August 1967) every moment sounds as fresh today as it did the very first time it crackled through the AM static.

By the age of 16, Winwood had played on stage in clubs with many influential Blues artists of the time, namely; John Lee Hooker, Sonnyboy Williamson, Champion Jack Dupree, T-Bone Walker, and Memphis Slim. He also had played studio sessions with Muddy Waters, BB King, and Howling Wolf during this time. In 1967, he played Hammond organ on Jimi Hendrix's "Voodoo Child." The sixties were an era when musicians adhered to the school of jamming, playing for fun after hours with whomever happened to be in town or were just passing by.

Winwood's collaborations with Eric Clapton (which would later evolve into Blind Faith) began through mutual musical respect and playing together. A sideman to John Mayall, Clapton was the new white-blues kid in town and The Powerhouse's contribution to this set (originally released in England 1966) is ample testimony to his and Winwood's burgeoning talents.

Unhappy with the rigid pop format of the Spencer Davis Group, Winwood sought something looser and teamed up with Chris Wood (saxophone and flute), Jim Capaldi (drums), and. initially, Dave Mason (guitar) - three musicians from the Midlands who had also contributed backing vocals and percussion to "Gimme Some Lovin." Traffic went on to become the seminal sixties group whose members, over the years, made some of the most quintessential English music ever.

Traffic was also the group that invented "getting-it-together" in the country lifestyle. They escaped London to live in a keeper's cottage in the Berkshire countryside. "We just did it," Steve recalls. "We made an area outside like a stage and we just played to the hills. It was near Aston Tirrold, just outside Wallingford. Our main reason was to be able to play music at all hours without complaints from neighbours. We all used to play and jam together; all sorts of people used to drop by: Bob Dylan, Stephen Stills, Leon Russell were all visitors. Linda McCartney took our first pictures. She somehow found out where we were and arrived at the cottage clutching the new Doors album, so we let her in."

From their very first release, "Paper Sun" (May 1967), they were set to become one of the most influential bands of the early psychedelic rock era. Traffic, more than any other group from England, influenced the sounds and direction of British and American rock from the late sixties through the seventies. Their uniquely English hybrid of folk, jazz, rock and R&B places them firmly next to their North American cousins, The Band, at the pinnacle of musical eclecticism. And at the core of the group was Winwood's omnipresent and instantly recognisable vocals together with his multi-talented musicianship, and his alarming ability to switch from one instrument to another with equal levels of virtuosity. Traffic's road from their Berkshire cottage was a long and rocky one; they survived numerous line-up changes, although Winwood, Capaldi and Wood were the three members who were present throughout. Initially, they began life as a four-piece; but by the time Traffic released their second album Traffic (October 1968) D
ave Mason was gone.

A half-studio/half-live third album, Last Exit (May 1969) - whose cover bore the Traffic logo (the old Celtic wheel of fortune) symbolically broken - was released before rumours surfaced of Winwood teaming up with Clapton again. This time the group was Blind Faith, and the world first learned the word "supergroup." Blind Faith (which also included former Cream drummer Ginger Baker and Rick Grech (on bass) made just one no. 1 album Blind Faith (August 1969). They toured America and Europe, and played one show in London's Hyde Park. A band that had been born out of the simple desire to make music together had been destroyed by commercial pressures.

As Winwood said sometime later, "We weren't quite ready for Madison Square Garden." Following the demise of Blind Faith, Winwood enlisted in Ginger Baker's Airforce, a massive troop that recorded a live double set at Albert Hall, and then he retreated into the studio to begin work on this own solo album. Tentatively entitled Mad Shadows, the album's initial sessions were supervised by the late Guy Stevens. After Wood and Capaldi were drafted in, however, the record became the next Traffic album, John Barleycorn Must Die (July 1970). It became their biggest-selling album yet.

The band's first live album followed with an extended line-up that included Dave Mason together with Jim Gordon (from Clapton's Derek and the Dominoes) on drums, Rick Grech on bass, and Reebop Kwaku Baah on percussion. Welcome to the Canteen (1970) included a rollicking version of "Gimme Some Lovin" recorded at Croydon's Fairfield Hall, but the band was to go through more personnel changes before recording its next album.

Mason quit for the last time before Traffic recorded in London the album, The Low Spark of High Heeled Boys (the title of which was suggested by actor Michael J. Pollard and released in November 1971). The album was warmly embraced, especially in America, where it was their biggest ever at that time, receiving cult status and gaining a more afro-jazz audience, and where the group's popularity was still on the up-and-up.

Shoot Out at the Fantasy Factory (February 1973) with its similarly corner-cut sleeve designed by Tony Wright was recorded in Jamaica and included the Muscle Shoals rhythm section of Hood and Hawkins (replacing Grech and Gordon) as well as keyboard king Barry Beckett. Reebop remained, and according to Winwood, "I eventually had to fire him because he never seemed to get the hang of stopping when songs ended. But after I did, he appeared at the next show setting up his gear. I said, 'Reebop, you're not in the band any longer,' and he just said, 'Ooh, you don't have to pay me, I just play.'" The tour was documented by their only official live album, the double set Traffic: On the Road (October 1973).

Always eager to explore new musical directions, Winwood then periodically cropped up on a variety of albums, often in the most unexpected places. One such project, a collaboration with Remi Kabaka and Abduli Amso, resulted in an album called Aiye-Keta issued on Island's HELP label (July 1973).

By 1974, Traffic had returned to its nucleus of Winwood, Capaldi and Wood, and the band's ground breaking run of albums culminated in When the Eagle Flies (with Rosko Gee on bass, released in September 1974) as the band called it a day. Their final British show was headlining the Reading Festival on an August Bank Holiday weekend.

After Traffic's final break-up, Winwood, burned out by years of being on the rock-star treadmill, and ailing with peritonitis, took time off to re-evaluate his career and surfaced only briefly in the following years.

There was the occasional foray into London from his Gloucestershire base for shows with Clapton - his comeback concert at The Rainbow, for instance, as well as guesting with The Fania All Stars at the late-lamented London Lyceum, recording with Sandy Denny, and guesting on Toots & The Maytals' groundbreaking Reggae Got Soul album (1976). One other notable project was Winwood's collaboration with the acclaimed Japanese percussionist Stomu Yamashta, and project that resulted in Go (June 1976) and Go Live From Paris (April 1978), a live recording that also featured Al di Meola.

Not long after the release of the first Go album, news of the long-awaited solo album slipped out. Recorded with a minimum of fuss, Steve Winwood (June 1977) was not accompanied by the obligatory world tour; instead, Winwood played just one show at Rough Hill in the Cotswolds, a locale that even the most ardent student of topography would be hard-pressed to locate. There would be a two-year gap before much was heard of Winwood again.

Arc of a Diver was released December 31, 1980. It was just Steve. He played every instrument and sang every note: the epitome of a solo album. It also marked his return to the charts with the haunting "While You See a Chance." Winwood's third solo outing (and the second on which he'd played and sung everything) was Talking Back to the Night (August 1982). "I'm getting the hang of these solo albums," he said at the time. He also went out on tour for the first time as a solo artist, playing dates across Europe and America. Sadly, the tragic death of Chris Wood came just a year later.

The early eighties saw Winwood active in the studio. He recorded on Talk Talk's Colour of Spring album as well as being a key component on Marianne Faithfull's Grammy-nominated Broken English set. In addition, he contributed "Your Silence Is Your Song" to the Natalie Delon movie OIls Appellant Ca Un Accident (June 1983), as well as incidental music to the Granada TV documentary on Scottish cyclist Robert Millar. He played on James Brown's "Living In America" and has also performed on many other records including Etta James, Christine McVie, Billy Joel, George Harrison, Phil Collins, and Paul Weller to name but a few.

Steve's fourth solo album was Back in the High Life (released in July 1986). This time, the quietude of the English countryside was exchanged for the hurly-burly of New York, and Winwood's recording totally on his own was exchanged for recording with the extraordinary talents of Nile Rogers, James Taylor, Joe Walsh, as well as Chaka Khan's vocals. The album nailed Winwood a Grammy - not just for Best Vocal Performance but also for the coveted Record of the Year award.

A parting of the ways with Island and a new deal with Virgin resulted in two further solo albums. Both Roll With It (July 1988) and Refugees of the Heart (October 1990) echo the kind of blue-eyed Memphis soul sound which has always been one of Winwood's main influences.

Traffic getting back together was always on the cards. Said Winwood, "I don't really feel as if we quit, we just stopped for a bit." And, true to form, Winwood and Capaldi resumed their partnership as Traffic to release a new album Far From Home (1994) with its accompanying world tour which included a performance at the 25th anniversary Woodstock Festival and joined Jerry Garcia and the Grateful Dead on their final stadium tour of the U.S.A.

In 1997, Winwood released Junction 7, and with Virgin Record's encouragement worked with producer Narada Michael Walden. This effort resulted in a record which was perhaps more reflective of Walden's style rather than Winwood's. Nonetheless, this record emerged as a combination of musical styles containing an undercurrent of rhythms and proved Winwood's voice to be a stronghold.

Winwood has since made fleeting appearances with Brazilian guitarist Jose Neto's band, and also some dates with "Latin Crossings" an, as yet, unrecorded band featuring Winwood, Tito Puente and Arturo Sandoval.

What of the future? Winwood's free-flowing writing and performing talents are undeniable. He is, quite simply, one of the most important and vital artists of the last 35 years.

"Somehow the spirit of the song as opposed to being perhaps more musically correct has always been more important." - Steve Winwood 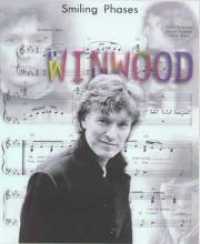