This rock star from Wales, who created the famed Spencer Davis Group in 1963, has close to a dozen top 10 hit songs, including "Gimme Some Lovin", "Somebody Help Me", "I’m A Man", and "Keep On Runnin", helping to bring British rock ‘n roll to the rest of the world.

With fluency in German, French and Spanish and degrees in modem languages, Spencer left his teaching career and began his music career in Birmingham with drummer, Pete York and brothers, Steve and Muff Winwood. This demonstrated the start of his remarkable ability for musical matchmaking.

Touring with the Rolling Stones and The Who when they were still working clubs, having after-hour drinks with Beatles, John and Paul and the lads, jamming with Charlie Watts and Long John Baldry and Jack Bruce were heady days for Spencer. When the hits started to come one after the other, his momentum spurred major US success.

Moving to America in 1970, Spencer went on to record a now-hard-to-find solo album, then played in an acoustic blues band, which included Richard Landis (former Juice Newton producer and manager) and Peter Jameson. Demonstrating a skill and understanding of the way the music business worked, be began to work as a consultant for a California video company. with Linda Ronstadt as one of his projects. By the mid-’70s Spencer worked at Island Records (his group’s label) and, as a record company executive, worked to further the profiles of people like Robert Palmer and Bob Marley.

In the early 80's Spencer was head of A&R for a small Hollywood-based independent label and the itch to play in a band again was coming back. That’s when he made his next album, “Crossfire”, with guests like Dusty Springfield, Flo and Eddie, and Booker T. Jones. That’s also when he did production projects with a Spokane group called USK and Canada’s Downchild Blues Band.

In 1984 Spencer was back on the road with his own band in America. Then came European and Middle Eastern tours with Pete York, plus other British rock legends, Brian Auger and Chris Farlowe. It was during this time he recorded pioneering CD albums for German and Swiss release.

By 1987 he was performing well over 100 shows a year. For a rock and roll who’s-who, he made guest appearances with the Grateful Dead, Gary US Bonds, Levon Helm, Springsteen's F Street Band, Peter Noone, Downchild, and Alvin Lee.

In the early 90’s. audiences watched Spencer pick up the pace at club and concert tours. His stature as a rock and roll ‘legend’ also opened doors to a wide variety of benefits, telethons and special TV and radio appearances. Days on the road increased, as did the fans, while Spencer criss-crossed the US and Canada with forays into Europe. Some included opening acts for Hall & Qates and the Marshall Tucker Band.

His guest appearances on TV and radio talk shows mounted throughout most of 1990 when Spencer became involved promoting the definitive collection of Michael Cooper’s photos in the book. “Blinds and Shutters”, with Spencer being one of many contributors to the book. He also managed to tour with his own group through Australia, the US, Canada and Japan during this time.

In 1993, Spencer united with three other famed musicians to form one super group, The Classic Rock All-Stars. These legendary players from the Golden Age of rock music include:

The group released a CD together, simply titled, "The Classic Rock All-Stars" and they toured the US, Canada and Japan.

Davis left the Classic Rock All-Stars in the summer of 1995, and continued touring in Europe and the US the rest of the year into 1996 and 1997. In Europe, he continued to work with:

Spencer's fans have continued to grow in increasing numbers. He signed a record deal with CMC who released the recording initially throughout Europe. With a mix of many new originals, old hits and classic songs written by other artists, this album was targeted to be a hit.

In the Fall of 1997, Spencer teamed up with The World Classic Rockers, similar in concept to The Classic Rock All-Stars, but with a larger line-up. This group consisted of former members of:

This line-up played at the internationally known Rand Easter Show in Johnannesburg, South Africa in the Spring of 1999 with great success.

Spencer's songs continue to live on in movies, such as Iron Eagle, Big Chill, Mr. Destiny, Days of Thunder, Mr. Holland's Opus and most recently, Notting Hill. The mid 90's also landed him on TV commercials, industrials and a co-starring role in the hit series, "Married With Children". He appears from time to time on the TV special, "The History of Rock 'n Roll".

His contributions to music history have created a constant demand for this legendary musician that encompass all areas of the music industry. His teaching status as Professor in the early days before his music career has brought him in full circle to delivering lectures -- intended to provide insight into the music business and entertain the audience with his first-hand knowledge and experience of rock history.

The year 2000 has a full calendar for Spencer with the Spencer Davis Group and the World Classic Rockers. He is currently recording a new CD with his American band for release in Fall 2000.

Spencer may be a legend, but he doesn't act that way. Continually excited by the music scene, he claims, "I'm having more fun than I ever did!" And, when anyone ever wondered if Spencer is doing a "come-back", they discover that he's never left. 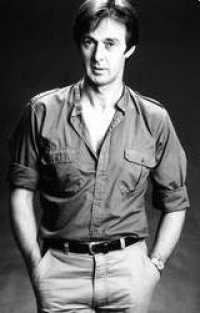