SoKo (born Stéphanie Sokolinski) is a French singer and actress was born in Bordeaux in France, she is actually half French and half Polish has been called SoKo as far back as she can remember, she has participated in several French films and got his start as a singer when she asked the manager if she could sing on screen

In 2007 and 2008, "I'll kill her" became a hit in several countries, including Denmark, Belgium and Australia

moment SoKo is not signed by one (major) record label, she says , "I do not want to leave now because I think it is really rushed" At several festivals she mentioned an album would be released in autumn 2008 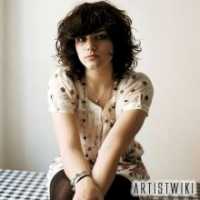