The rapper called Shyne is also known as 21 year-old Jamal Barrow of Brooklyn, New York. Born to the Prime Minister of Belize (Dean Barrow), Shyne has denied acknowlodging him as his father. He has good reason too being that his father has publicly stated that Shyne was "unwanted". Not much is known of his mother.

Shyne's childhood was a fairly rough one, as he grew up stealing & hustling the streets (as told in numerous interviews). At the age of 16, he had found the colorful world of hip-hop.

In 1998, while Shyne was freestyling in a barbershop, one of hip-hop's most respected producers, Clark Kent noticed something very weird in Shyne's voice. He sounded eerily similar to the late, great Notorious BIG. At the time, Clark Kent was working on the "Born Again" posthumous album from Biggie.

He quickly took Shyne to the Bad Boy studios where Puffy signed him on the spot. Reports indicate that Shyne received millions of dollars, 3 cars of his choice, & two homes just for signing. The contract also featured more money, & a 5-album deal. This event caused a small media shockwave that had Newsweek stunned.

Not soon after, Shyne was making his appearances on fellow bad boy's hits. He was featured on a remix of Total's "Sittin At Home" track and on Mase's second album "Doube Up" on the track entitled "From Scratch". In the same year he was featured on Diddy's Forever album (Reverse) as well as on a remix of P.E. 2000.

The streets already started talking about his similarites in voice to the late, and in some people's views the greatest rapper ever, Notorious B.I.G. People were saying he was copying his style. This also started a beef between Shyne and Biggie's entourage Junior M.A.F.I.A. and Lil Kim dissed Shyne on her track from her "Hardcore" Album.

Then on December 27, 1999, Shyne, along with Combs and his girlfriend, Jennifer Lopez, allegedly was involved in a high-profile incident at a Manhattan club which left three people injured and the 19-year-old rapper, whose debut album was pending release, facing charges of attempted murder, assault, and reckless endangerment.

This lead to rumours about Shyne's position at Bad Boy records and doubts about whether his debut album was ever going to be released.

Shyne managed to release his self-titled debut album in September 2000. Featuring very little guest appearances (Barrington Levy and 112's Slim the only two) Shyne held the album together well by himself along with excellent production from The Hitmen. The album was a huge hit on the streets and this seemed a good start of a promising career for the rapper. But there was always that trial date looming and the future was uncertain.

On July 2001 Shyne was sentenced to 10 years in prison. This seems the end of his rap career but an appeal his being arranged to shorten the sentence. Rumours suggest he has severed all ties with Bad Boy Records, although his second album entitled "Dear America" is reported to be released sometime next year on Bad Boy records. Guests on this album will include Jadakiss, M.O.P. and Prodigy.

Hopefully the appeal is successful and Shyne can continue where he left off to fulfill his talents. 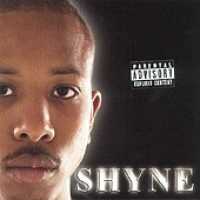