Some people just love a challenge. Grammy-winning reggae/pop superstar Shaggy is one of those people. Like the time he hit #1 around the world with his first major label single ("Oh Carolina"), or the time he walked unnoticed through a crowded arena before a concert, then required an escort on the way out because of the mob of newly-won fans. Shaggy's favorite challenge, however, is one he poses to himself every time he enters the studio and draws on his limitless hit-making talent. That experience must have become routine for Shaggy while creating his new MCA album Hot Shot. In its thirteen tracks, Hot Shot proves Shaggy remains a master of many styles - from reggae and dancehall to pop/R&B - making it a happy hunting ground for every kind of music fan.
"This album is a roller coaster ride," says Shaggy of Hot Shot, which instantly qualifies as one of the most upbeat and sexy party records of the year. "I wanted to show many different sides of my musical personality." To pull that off, Shaggy enlisted the help of co-producers Jimmy Jam & Terry Lewis, Robert Livingston, Shaun "Sting" Pizzonia, Dave Kelly, Tony Kelly and Gordon Duke. Recorded at Shaggy's New York studios and in Jamaica as well, the new album was entirely written or co-written by Shaggy himself, and of course features his distinctive, utterly unique vocals throughout.

For fans accustomed to Shaggy's well-known party vibe, some of the sentiments on Hot Shot might come as a surprise. "Hope" (featured in the Kevin Costner film "For The Love Of The Game") is a stirring, autobiographical portrait of the artist as a young man. "The song is a little out of character for me," says Shaggy. "It's a little deeper and more sensitive." The album also includes "Luv Me, Luv Me," Shaggy's hit duet with Janet Jackson, produced by Jimmy Jam and Terry Lewis for the soundtrack to How Stella Got Her Groove Back. The great Minneapolis-based production team also produced the songs "Lonely Lover" and "Dance and Shout." Other tracks such as the "Freaky Girl" and "Wasn't Me" seamlessly blend Shaggy's Jamaican and U.S. roots, while Hot Shot and Not Fair exemplify his bad boy reputation. "I'm a tongue-in-cheek writer," he says. "I want my songs to tell a story, to be fun and funny at the same time."

In his usual smooth sexiness Shaggy delivers "Leave It To Me", "Lonely Lover" and "Angel" (based on the 60's classic "Angel of the Morning") which are highlights, as is the prayerful "Why Me Lord," the middle-eastern flavored "Hey Love" and the Latin shimmer of "Chica Bonita" show Shaggy's fluency in any musical idiom. That kind of universal spirit has kept Shaggy at the top of his game since launching his career.

Though he has lived his entire adult life in the U.S., Shaggy's roots are in Kingston, Jamaica, where he was born Orville Richard Burrell on October 22, 1968. As a kid, his friends nicknamed him "Shaggy" after the omnivorous character from the cartoon "Scooby Doo." Music was his passion, even as a boy growing up in the island nation. "Reggae isn't a radio format in Jamaica," he says. "They just play what they want, so my influences range from ska, dancehall and rock steady to soka and R&B."

Leaving Jamaica at the age of 18 to join his mother in Brooklyn, NY, Shaggy soon began pursuing a musical career. He got a major boost when "Mampie" and "Big Up," both hard-core Shaggy dancehall tracks, hit #1 on the New York reggae charts. After a frustrating year of trying to find more work, Shaggy finally joined the U.S. Marines in 1988. A few years later, he found himself in the Iraqi desert fighting in the Gulf War, where he acquitted himself with honor. "War is ugly," Shaggy says. "It had a big impact on me, in terms of appreciating life. When I got out I decided, 'This is it, I'm taking my music to the heights.'"

Shaggy's international success began with the 1993 release of Pure Pleasure, his debut album. It featured "Oh Carolina," which became one of the biggest hit singles in U.K. pop history, and went on to top the charts in nine other countries. Shaggy left them smiling all over Europe on his debut world tour that year. With the 1995 release of Boombastic, Shaggy connected with U.S. audiences in a big way. The platinum-certified album won the 1996 Grammy Award for Best Reggae Album, while the title track shattered boundaries at radio, topping Billboard's Reggae, R&B and Rap charts. It also became the #1 selling single and hit #3 on Billboard's Hot 100 Singles Chart.

Shaggy's European success continued as "Boombastic" topped charts across the continent. Along with the smash hit "Boombastic," the album also featured a lively update of "Summertime" and a sensational version of the Ken Boothe classic "The Train Is Coming," featured in the film "Money Train." In September 1996, soon after finishing his globetrotting 95/96 world tour, Shaggy was back in the studio working on his third album, Midnite Lover, which was released in 1997. By then, Shaggy's diverse pop, reggae, R&B, and worldbeat audience had been solidly established.

Since then, he has contributed songs to several notable soundtracks, including Speed II, Jungle To Jungle, and of course How Stella Got Her Groove Back. An MCA release, the soundtrack was the connection that brought Shaggy to MCA Records. "All I want to do is make classic records," says Shaggy. "The team around me is extraordinary, and we just make music all day and all night. It doesn't even feel like work. I'd rather do this than anything."

Over the months ahead, Shaggy once again hits the international touring circuit, which will give the artist a chance to get reacquainted with his fans, and make some new ones as well. "I just want to continue making an impression on people," he says. "You don't have to come aboard from day one; as long as somewhere along the line, you do. If you don't know me yet, come to a Shaggy concert. I guarantee, when you leave, you'll be a Shaggy fan!" 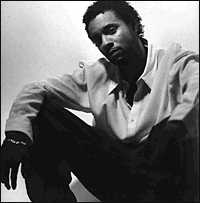