As a child, Shaan began his career by singing ad jingles. After giving it up for a brief period, he soon returned to it, and also began to sing remixes and cover versions. In the 1989 movie Parinda, when he was only 17 years of age, Shaan sang a single line in the song, "Kitni Hai Pyari Pyari Dosti Hamari".

Shaan and his sister's career began with Naujawan. They signed up with Magnasound recording company and recorded a few successful albums. The album Naujawan was a hit. Then came the Album Q - Funk, which sold a million copies. He entered the pop scene with sister Sagarika, powered by pop-guru Biddu’s melodies and doing re-mixes.Then came Roop Tera Mastana, a remix album of R.D. Burman's songs, that brought them further into the limelight.

Shaan has been wooing the audiences since he stepped into Indian Music industry. He launched Loveology after this, which was well received by young hearts all over. The track from his second album Tanha Dil, " Bhool Ja ", which is an excellent ballad with superb lyrics written by the man himself, catapulted to the charts within days of its release and was very popular on radio.

Dil Kya Kare is a remix that caught everyone's eye thanks to its electrifying video and soothing melodies. Mana Janab is a fun and frolicking blast from the past that Shaan livens up with a Latino groove. Induced with lots of emotional and groovy tracks, the album popped up the singer’s star rating, market value and of course ambitions.

For both the albums Tanha Dil and Aksar, Shaan sang, composed and wrote the lyrics of his songs, except the title track "Tanha Dil" which was composed by Ram Sampath, who is also famous for the Bhag DK Bose song from the movie, Delhi Belly.

Recently he released a song with MLTR, "Take me to your heart". The song appears on his album Tishnagi.The song "Shuruat" in his album Tishnagi was made into a music video to promote the film, The Chronicles of Narnia: The Lion, the Witch and the Wardrobe.

He hosted the television show, Sa Re Ga Ma Pa on Zee TV from years 2000-2006, which won the Music Programme of the Year award at the Indian Telly Awards in 2003. In 2007, he left the host job and then was replaced by 21 year-old Aditya Narayan. At the same awards function, Shaan won Best TV Music Director, for creating the music of the Zee TV show, Lipstick, for friend, Goldie Behl.

He also appeared as the guest in the first episode of the new show Antakshari: The Great Challenge which aired on 9 February 2007 on Star One.

Shaan is one of those few Indian singers,who has been opted by international singers for collaboration. After working with blue for the song (One Love) and singing theme song (Shuruat) for the movie The Chronicles of Narnia: The Lion, the Witch and the Wardrobe Shaan collaborated with Michael Learns to Rock for his album Tishnagi. Shaan also composed six of the album's nine tracks and penned most of the songs, excluding the number Take me to your heart with Michael Learns to Rock. The video of this number has been quite popular too.

Shaan is a team Captain, judge, and mentor on STAR Plus's Music Ka Maha Muqqabla for the team Shaan's Strikers. His team won the Runner Up prize, amounting to Rs. 25 lakhs (Rs. 2.5 million) in this game show on 20 March 2010, losing to Shanker Mahadevan and his team, with 43.1 points to 46.3 points. 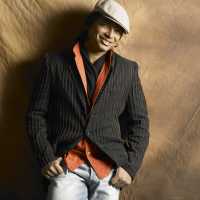