Serdar Ortaç ( born 16 February 1970) is one of the popular singers of the Turkish pop folk music since 1990s.

His songs can be heard in other singers...His songs have been released in many languages like Arabic, Greek, Russian and He hosted the TV show "With Serdar Ortaç" for three years which was chosen the best show program of the year at the 2003 Turkish Radio & TV awards.

He also released a book on January 2005 titled "Bu sarkılar Kimin İcin?" ("Who are these songs for?") which contains his poems, memories and some lyrics.

During his early career until 2000 he gambled heavily and is said to have lost about US$ three million. He has given up gambling since 2000.

Ortaç has enjoyed a large fan base and high album sales for more than 10 years. He never got support from big artists as others had from Sezen Aksu, Nazan Öncel and other famous singer-songwriters.

His album Mesafe was released in 2006. The album contains hits like Dansöz, Mesafe, Gitme and Sor.

There were plans to work with Ayberay Kaba, a successful multi-instrumentalist singer and pop producer, who is famous for his top 10 hits Abis ve Bebisler and Kaderimsin in Turkey, but they never came to pass.

On 20 May 2010 Serdar is preparing to release his album Kara Kedi ("Black Cat"), which will feature collaborations with many international artists. 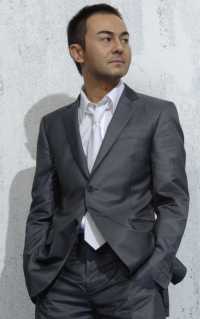